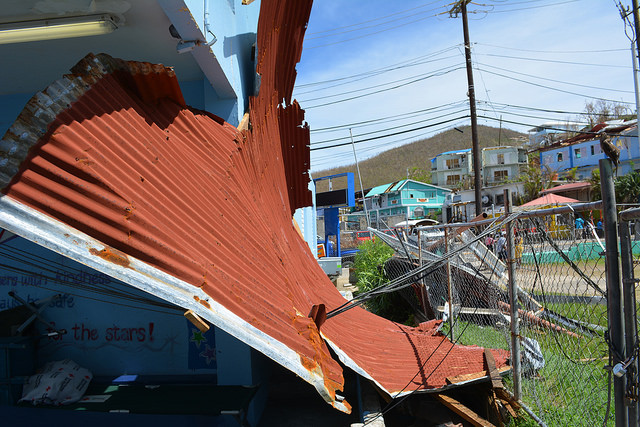 CHARLOTTE AMALIE -– The territory’s recovery from last fall’s devastating hurricanes continues to progress with the approval of the contract for the engineering, construction and installation of 240 temporary classrooms by Governor Kenneth Mapp. The agreement also provides for 19 large Sprung structures that can serve as cafeterias and gymnasiums.

V.I. Education Commissioner Sharon Ann McCollum said her team was “extremely pleased” to have a contract in place as many of the territory’s campuses suffered severe damage from Hurricanes Irma and Maria. Eleven schools have remained completely closed since the storms.

“This gives us assurances that we will have all the modular classrooms and Sprung shelters ready for the opening of the school year and our children will return to a normal, full school day,” McCollum said.

“They will begin shipping them five at a time as they come off the assembly line,” she said. “We plan to move them to the school sites at night for the least disruption of traffic.”

The contract with AECOM Caribe LLP signed Tuesday provides for site preparation, layout design, manufacturing, installation and all other necessary measures to deliver turnkey structures to the Department of Education. The cost is not to exceed $117.9 million and is being funded through the Federal Emergency Management Agency Public Assistance Program and proceeds from the Government of the Virgin Islands’ insurance policy.

Governor Mapp was hopeful that the temporary classrooms will allow the Territory’s schools to return to a state of normalcy.

“The Department of Education will be working hard throughout the summer to get these new classrooms ready for our students,” he said. “The contract calls for substantial completion of this project by August 28.”