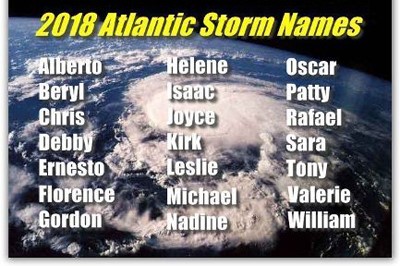 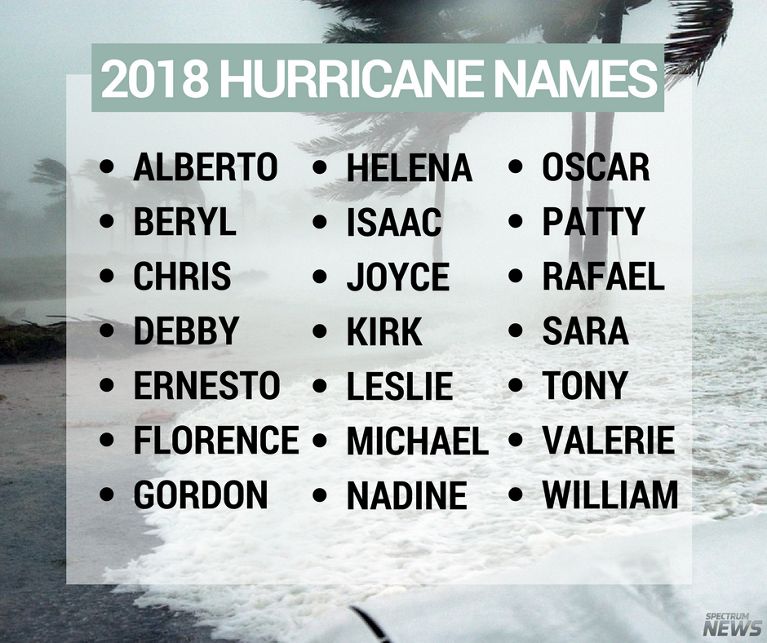 MIAMI – The National Hurricane Center has released the list of all 21 names being used for this year’s tropical storms in the Atlantic.

In 1953, the National Hurricane Center originated six lists of names for Atlantic tropical storms. The lists, now maintained and updated by the World Meteorological Organization, are recycled every six years. That means the names of storms in 2017 will be used again in 2023.

The organization can also decide to retire a name if they feel the storm was so deadly or costly that using the name again would be inappropriate. In that case, a committee decides to strike the name from the list and select another one to replace it.

No announcement has been made yet on whether any of the storm names from 2017 will be retired.

If more than 21 storms form in a hurricane season, names will be taken from the Greek alphabet.

Last week, researchers from Colorado State University predicted a slightly above-average hurricane season. They believe there is a 39 percent chance a major hurricane will make landfall on the east coast of the United States.