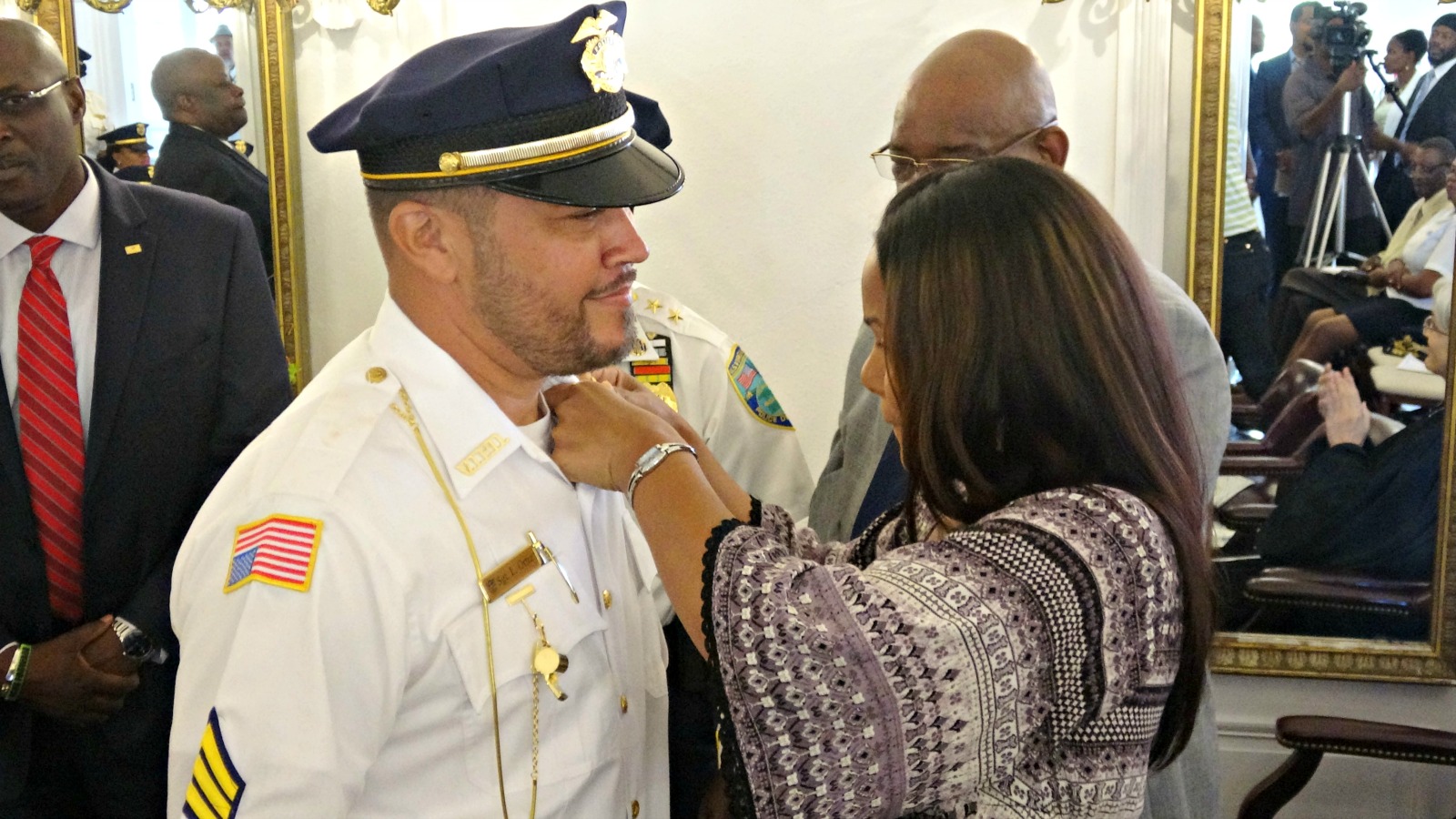 Governor Kenneth Mapp said that he has formally authorized Division of Personnel Director Milton Potter to adjust the base pay for police officers from $30,715 to $40,953. Police officers now making less than the new base salary will also receive an increase to be reflected in their June 7 paychecks.

“This is great news for the VIPD and the territory as we will attract a wider field of candidates for these important jobs,” said Director Potter. “The Mapp-Potter Administration has prioritized raising wages for public sector workers.”

More than 3,000 government workers have received salary increases since 2016.

Mapp said competitive salaries are increasingly imperative given the many new employees the Virgin Islands government must hire to assist in moving the recovery effort forward.

“If we do not recruit new employees and retain adequate staffing levels our reconstruction and access to federal resources will be hampered,” the governor said. “Adequate staff to procure, monitor and report on the use of federal dollars ensures a successful recovery.”

The plan to raise VIPD salaries was recently announced in conjunction with the news that the first class of recruits since last year’s hurricanes had begun training at the Police Academy.

Potter noted that Office of Management and Budget Director Julio Rhymer has certified the availability of funding for the VIPD increases.