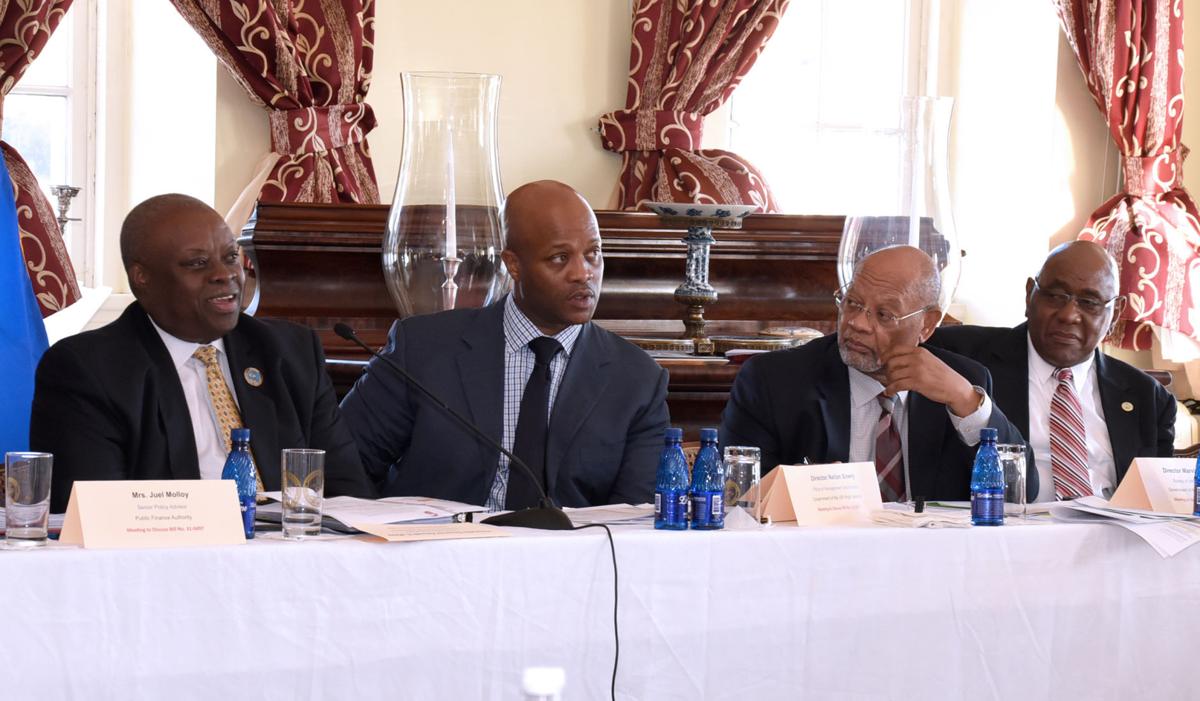 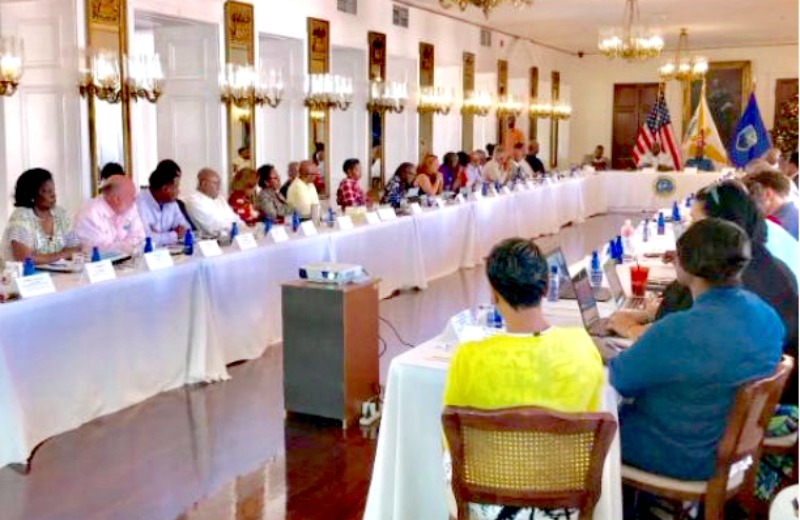 CHRISTIANSTED — Governor Kenneth Mapp and Lieutenant Governor Osbert Potter met with cabinet members on Monday to discuss strategies to coordinate and accelerate the spending of anticipated federal funds to strengthen the territory’s recovery from Hurricanes Irma and Maria.

“We have a unique opportunity to address many long-standing infrastructural needs in our community and we have to carefully plan to get it right,” Mapp said.

The governor recently announced that $1.2 billion dollars will be spent on the redesign and reconstruction of the territory’s roads.

“Many negotiated and executed contracts will be necessary to enable this historic undertaking,” he said.

Discussion also centered on making salaries more attractive to improve employment recruitment. The Division of Personnel updated the chief executive on the ongoing government employment recruitment drive and indicated they will be hosting job fairs in both districts on May 29. Pay inequities within numerous departments of the government were addressed and the governor directed cabinet members to submit plans to his office to implement badly needed adjustments.

During the cabinet meeting, Mapp instructed commissioners to raise the salaries of government workers in compliance with the minimum wage increase set for next month. The minimum wage for all Virgin Islanders will increase to $10.50 on June 1.

A proposal is now in the works which will potentially position the central government to provide the Government Employees Retirement System (GERS) with an urgently needed infusion of money, the governor said. Once details are finalized he said the proposal will be forwarded to the Legislature for ratification.

Mapp told the cabinet he will be leaving the territory briefly beginning Tuesday and that Potter would serve as acting governor through May 11.