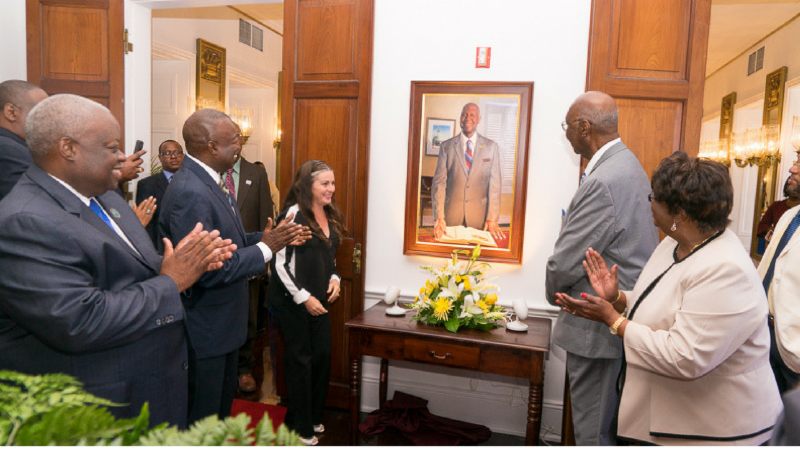 The portraits painted by local artist Shansi Miller are part of a larger project to paint portraits of all of the territory’s elected governors.

“This is a way to preserve our history,” Mapp said. “When our students and visitors tour these buildings, they can see the leaders who have worked to grow and develop the Virgin Islands.”

During the ceremony, Governor Mapp shared memories of former Governors Schneider and Turnbull. He said he learned valuable lessons from each of these outstanding leaders, serving as Governor Schneider’s Lieutenant Governor from 1995-1999 and being appointed by Governor Turnbull as the Director of Finance and Administration for the Virgin Islands Public Finance Authority in 2002.

“Governor Schneider and Governor Turnbull, thank you,” Mapp said. “This is your day. We honor you and thank you for your service. I am honored to know both of you having received your counsel. I am deeply humbled to be your friend.”

The two former governors offered remarks to an audience including their family members, staff during their administrations, senators, former and current commissioners and other government officials.

“I am honored to have my portraits placed in our Government House in St. Croix. Let us thank Governor Mapp for the work that he is doing,” said Governor Schneider.

Governor Turnbull added to Governor Schneider’s remarks, thanking the individuals who have impacted his life.

“I want to thank everyone. It is such a pleasure to be here and be a part of this legacy. I want to pay tribute to my family, friends and everyone who has touched my life,” Governor Turnbull said.

During Monday’s unveiling ceremony, Governor Mapp assured the audience that the Pissarro paintings are in good condition and are now being housed at Government House, Christiansted. He added that the paintings will remain there until Government House, St. Thomas is restored. 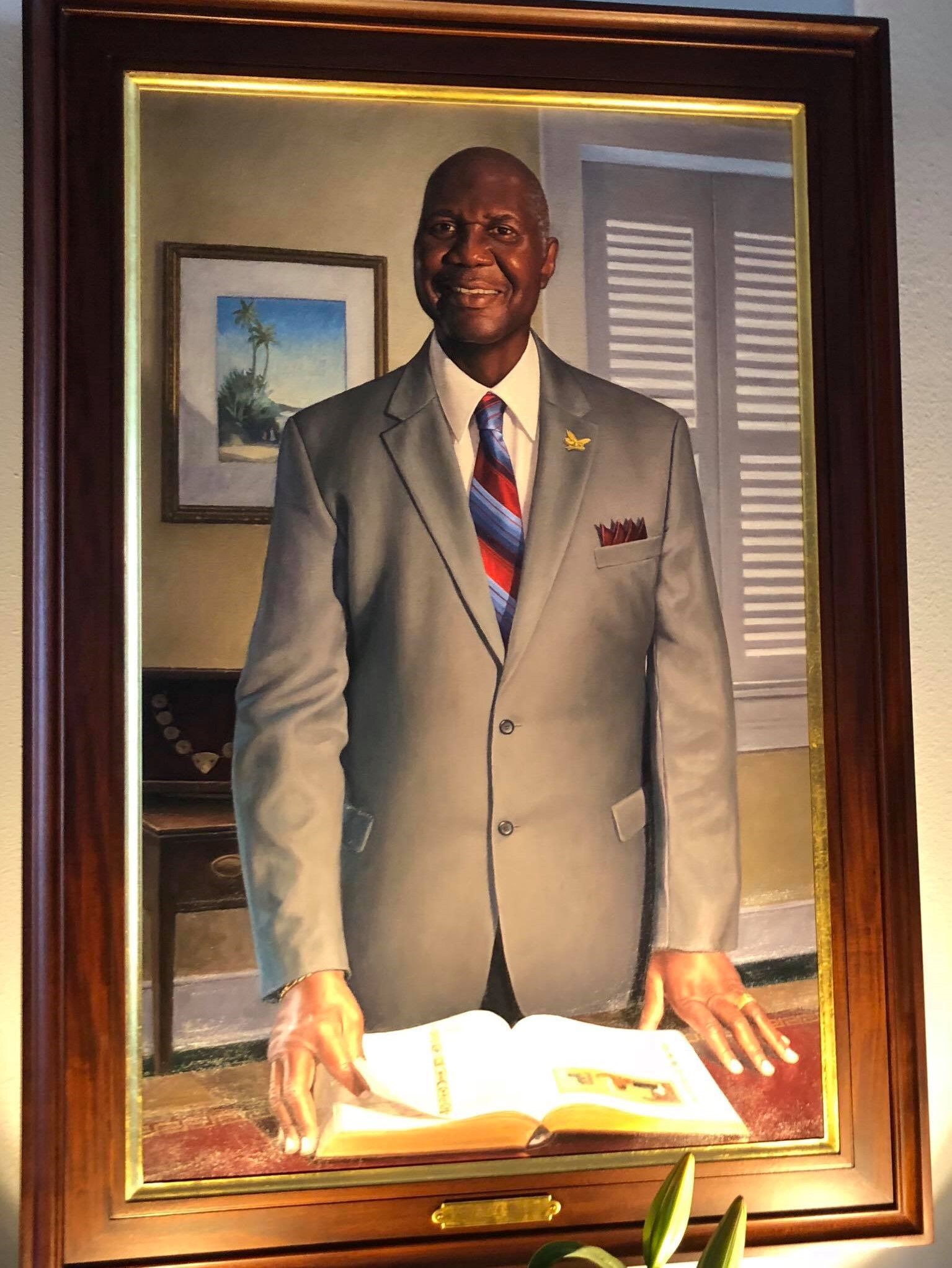 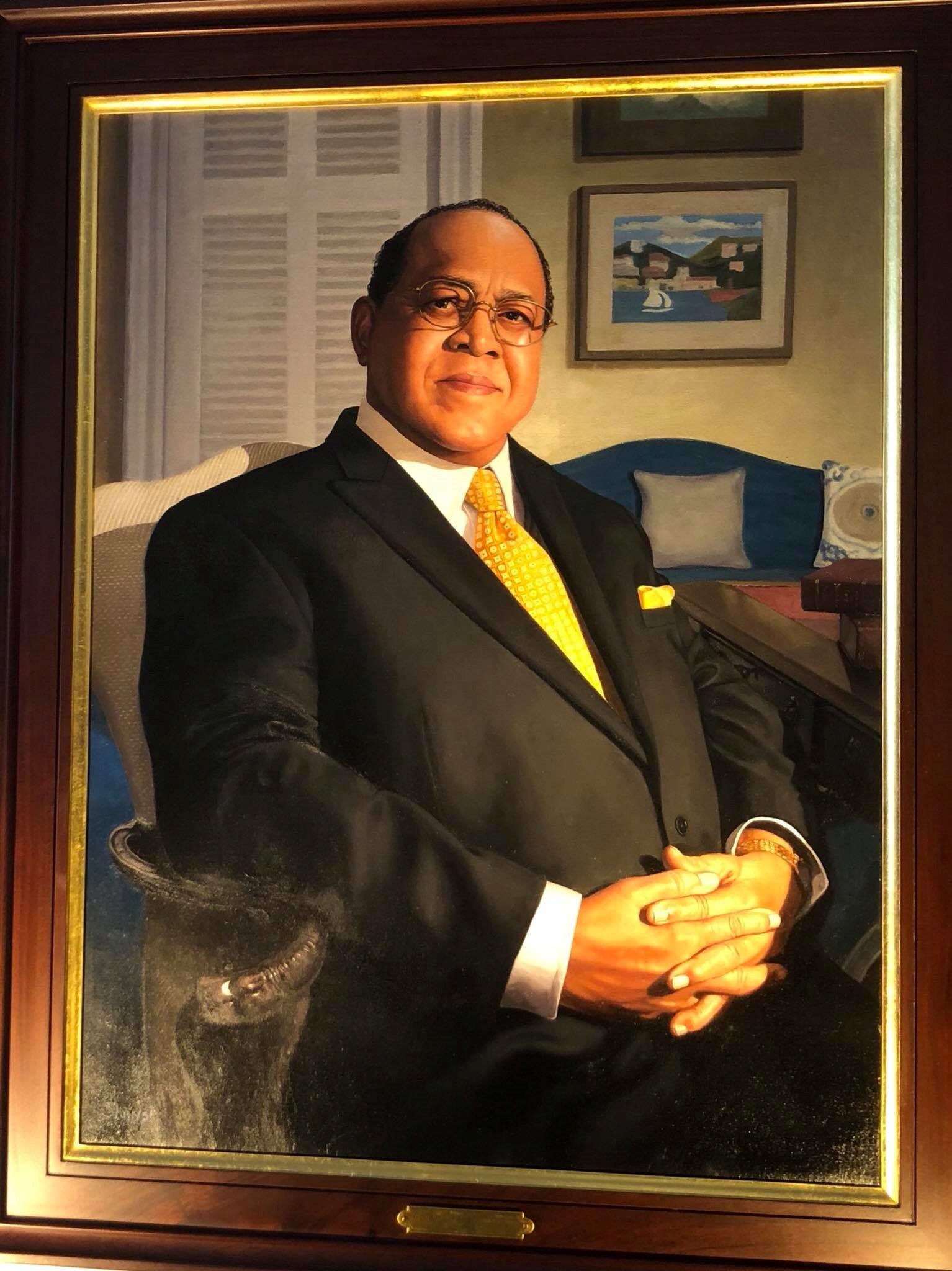 Board of Elections Will Swear In Mercer, Schanfarber At Superior Court in St. Thomas