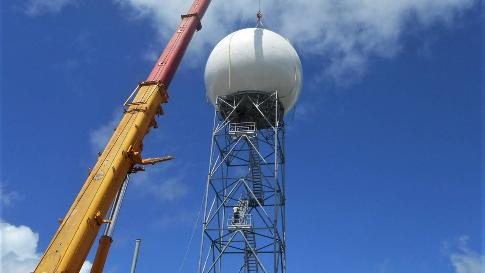 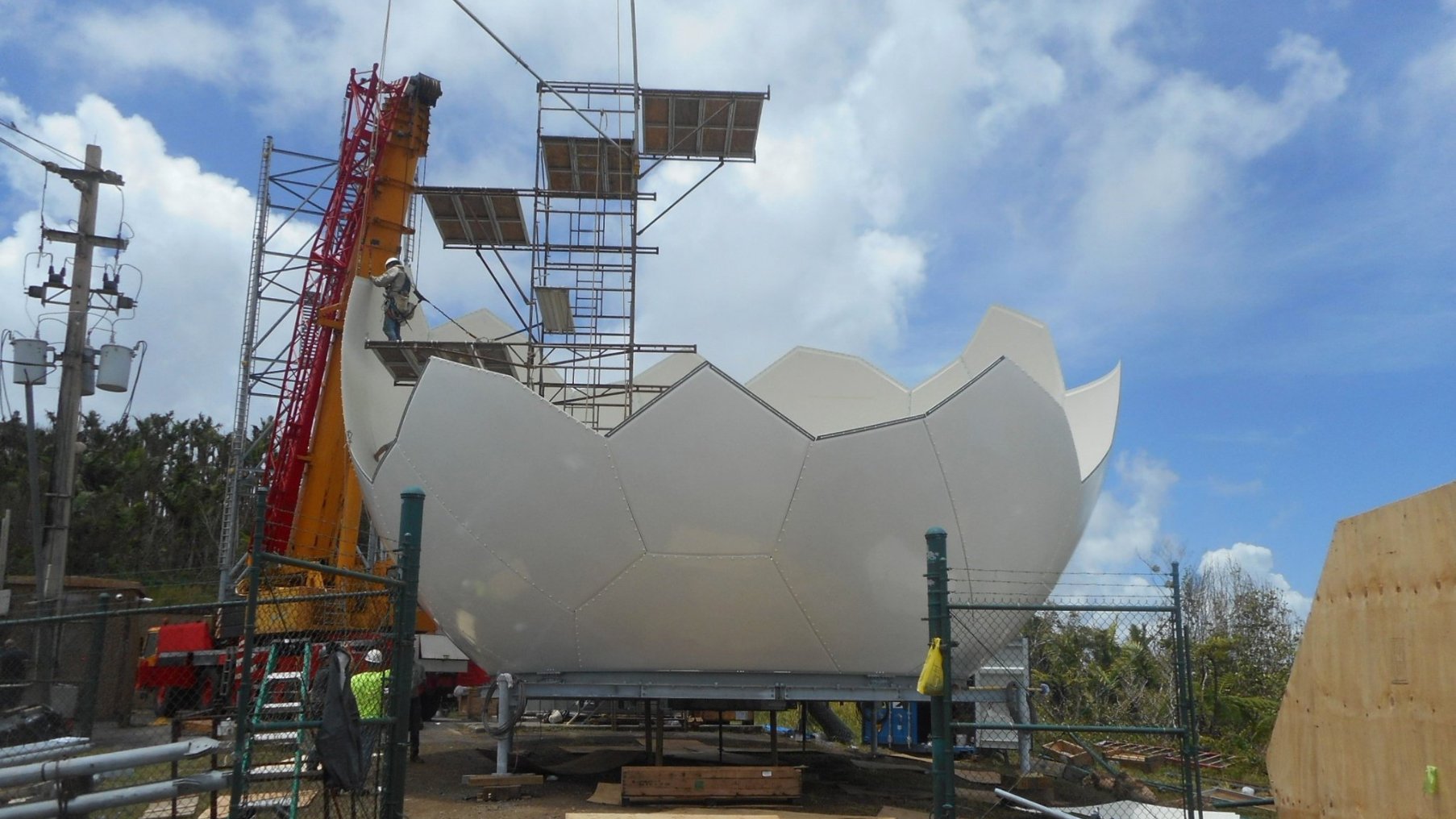 SAN JUAN — A new radar has risen from the ground nine months after Hurricane Maria tore it and thousands of other structures down to their skeletal remains.

Builders have been hard at work over the last several weeks to erect the new Puerto Rican TJUA radar vertical serving the Virgin Islands.

The new Doppler radar in Cayey features a reinforced fiberglass dome (called a radome) that covers and protects the radar dish, a tower that elevates the radar, a deck on which the radar sits and a pedestal that it rotates on.

Crews installed a “crown of thorns,” or a set of lightning rods used to protect the radar from damaging strikes, and more than 3,000 radome bolts in order to get the outside of the radar ready to withstand the elements.

After installing the hardware, officials focused on readying the software used to process echoes from thunderstorms and, less fortunately, a hurricane when one arrives.

Thankfully, this software is in use at more than 150 radars across the United States and its territories, so the use of “preliminary, non-operational” status should be limited, and we should have this radar data early into the upcoming hurricane season.

The new radar is set to return to service this month.

While the usual radar coverage was lost in the U.S. territories, the Department of Defense deployed two mobile short-range radars to Puerto Rico until the Federal Aviation Administration (FAA) radar in San Juan and the main radar (TJUA) could be returned to service.

The island has to rely on the San Juan FAA radar and other sources of imagery, such as GOES-East satellite imagery, to issue life-saving warnings and watches for their communities.

The old radar, which was obliterated by violent winds and rain in Maria’s outer eye wall, went down as the major hurricane was making landfall on southeastern Puerto Rico Sept. 20.

This radar is commonly used not only for local weather but also to monitor passing tropical waves and tropical cyclones that could be en route toward the mainland and other locations in the Caribbean.

More than two dozen other radars support this mission to monitor the Caribbean, but this Puerto Rican radar will fill a major coverage hole in the northern Caribbean as seen here on this radar coverage map provided by tropicalatlantic.com

Radomes like this one are made of reinforced fiberglass that is built to withstand Category 4 winds, lightning, snow, rain, heat and cold.

The original Puerto Rico radar may have seen winds as high as 160 mph, or into the Category 5 range, due to its elevation.