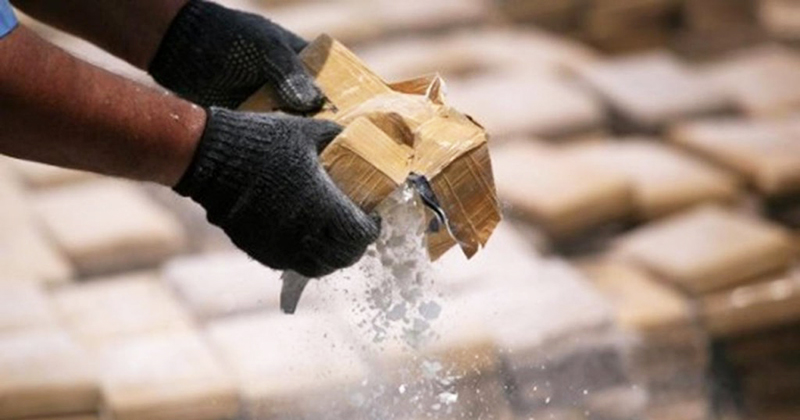 CHARLOTTE AMALIE – A former peace officer with the Department of Planning and Natural Resources (DPNR) was found guilty of trying to move at least 100 kilos of cocaine to the U.S. mainland in federal court on Thursday.

Gerald Mercer, 43, was found guilty by a jury in U.S. District Judge Curtis Gomez courtroom of a drug trafficking conspiracy to possess with intent to distribute not less than 50 and not more than 150 kilograms of cocaine, U.S. Attorney Gretchen Shappert said.

According to trial testimony provided by a former security officer for Gov. Kenneth Mapp, Mercer was the mastermind of a large-scale drug trafficking organization that operated in the Virgin Islands from 2011 through 2016.

In 2011, Mercer recruited the security officer and convinced him to use his law enforcement credentials to bypass security screening at Cyril E. King International Airport in order to smuggle kilogram quantities of cocaine from St. Thomas to Miami and Fort Lauderdale.

Once the cocaine arrived in Florida, Mercer directed the security officer to deliver his cocaine to a co-conspirator for distribution in the continental United States at $33,000 per kilogram ($3,300,00.00).

Trial testimony also indicated that in 2014, the security officer and Florida co-conspirator cut Mercer out of the organization, due to Mercer’s nonpayment of a $70,000 debt.

Thereafter, members of the conspiracy continued the cocaine smuggling operation using the system Mercer had originally devised in 2011.

After being shut out of the drug smuggling organization, Mercer persistently tried to regain membership, but his co-conspirators refused.

According to trial testimony, the smuggling operation was interdicted by federal law enforcement on September 3, 2016, after Mercer contacted a Customs and Border Protection (CBP) agent and reported that one of his former colleagues was traveling through the St. Thomas airport on that day with a quantity of cocaine.

Witnesses at trial stated that Mercer instructed the CBP agent not to reveal that he (Mercer) was the source of intelligence information which lead to the apprehension of Mercer’s former colleague, the drug courier.

At trial, the U.S. Attorney’s Office presented cell phone records to corroborate that Mercer’s call to the CBP agent was made within minutes of the drug courier’s arrest at the airport with cocaine.

CBP agents seized 22 kilograms of cocaine from the courier’s carryon suitcase, and evidence presented at trial showed that the last person the courier saw, prior to his apprehension, was in fact Mercer.

Other members of the conspiracy have already entered guilty pleas in this case.

It was prosecuted by Assistant U.S. Attorneys Delia Smith and Meredith Edwards.