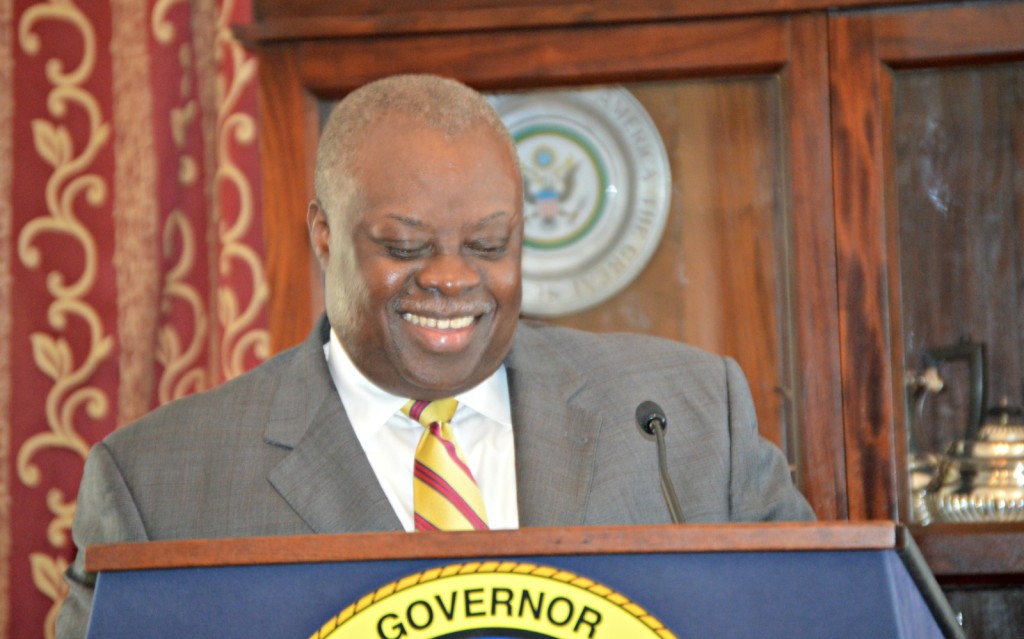 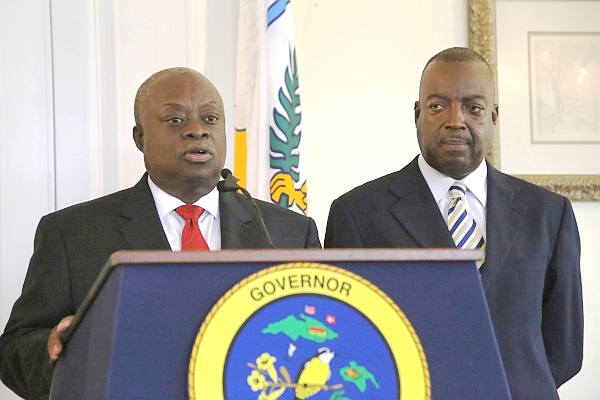 Expressing deep concern with sections of Bill No. 32-0179, Governor Mapp said he was unwilling to sign into law a section that he described as a “most inappropriate way to procure goods and services for the people of the Virgin Islands,” adding that the measure “seeks to impair a valid Collective Bargaining Agreement.”

Section 13 of the same piece of legislation, related to the termination of portable electronics insurance, had a similar fate as the governor felt the intent of the language was unclear.

Mapp’s communication to the Senate President on the matter of the requirement of the West Indian Company Limited to conduct an appraisal of the Estate Catherineberg property questioned the authority of the Legislature to “conduct real property transactions in formal sessions” and emphasized the “co-equal powers and responsibilities of the Executive Branch”. In doing so, the Governor issued a line-item veto of Section 15 of Bill No. 32-0179.

In vetoing a bill that would allow for the pronouncement of death by registered nurses, physician assistants and nurse practitioners, Mapp acknowledged that some states and jurisdictions have adopted similar statutes. While favorably disposed towards the legislation, the governor requested that the Legislature require that the Department of Health promulgate and issue appropriate regulations to allow for the exercise of this authority for the protection of Virgin Islands citizens.

Mapp cited “very valid concerns” raised by the Department of Planning and Natural Resources as the basis for his decision to veto a bill which sought to rezone a plot of Estate Mount Welcome, East End Quarter ‘A’, St. Croix.

Bill No. 32-0231, related to the powers of the Economic Development Commission (EDC), tax benefits for EDC beneficiaries and the Hotel Development Trust Fund, proposed that the Government of the Virgin Islands provide “access to 25 percent of our current hotel occupancy tax revenues to hotel owners and operators for hotel development and expansion.” Referring to the highly competitive environment of regional tourism, Mapp vetoed the measure, asking instead that the Legislature examine the model set forth by his Administration in the proposed operating agreement with Limetree Bay Terminals to restart the refinery on St. Croix. That agreement, which includes development of a hotel project at Yacht Haven Grande on St. Thomas, allows the government to retain its hotel occupancy taxes to promote the territory.

Among the bills Mapp approved are legislative acts providing for the Virgin Islands Department of Public Works to replace public parking signs that refer to “handicap parking” with signs that refer to “persons with disabilities”; to provide for the establishment of a registry for persons 60 years and older with disabilities living independently; to rename a portion of General Gade from the intersection of Veterans Drive up to the intersection of Silke Gade “The Irvin ‘Brownie’ Brown, Sr. Street;” and to establish the month of May as Virgin Islands Stroke Awareness Month.

Mapp approved five bills related to zoning use variances and/or permits. Bills related to the prevention of and remedies for human trafficking, the renewal of nursing licenses and minimum standards of care for sheltered animals were also among those signed into law by the governor.

Bill No. 32-0227, to amend title 27 Virgin Islands Code, chapter 4A, subsection 202, subsection (b) changing the amount of years, from two years to four years, that five of the seven board members of the Virgin Islands Board of Licensed Counselors and Examiners are to be appointed, was approved by Mapp. He also signed into law Bill No. 32-0228, amending title 19 Virgin Islands Code, chapter 16, section 245a relating to the Government Hospitals and Health Facilities Corporation’s competitive bidding process to require advertisement for bids to be published through electronic media or in the newspapers of general circulation, and to make technical amendments.

Mapp’s communication also indicated his acknowledgement of two resolutions — one honoring “V.I. Commissioner of Song” Lorna Lenise Freeman for her charitable community performances and her many contributions to the people of the Virgin Islands, and the other encouraging the people of the Virgin Islands to observe July 22, 2018, as a day of remembrance of the devastation and human suffering caused by Hurricanes Irma and Maria and as supplication for protection during the 2018 hurricane season.