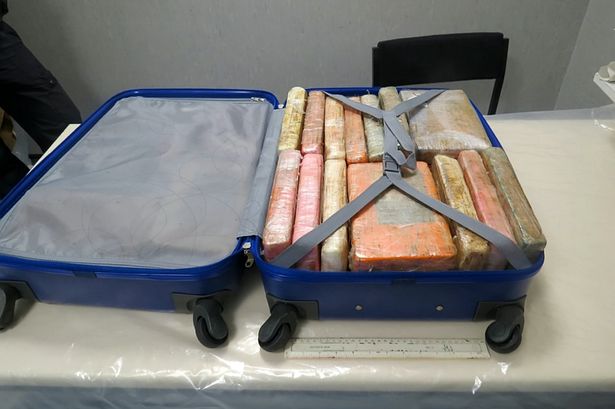 CHARLOTTE AMALIE – Two Pennsylvania natives were arrested today on charges that they tried to smuggle at least 28 pounds of cocaine through the territory.

Nguyen and Brooks made their initial appearance before U.S. Magistrate Judge Ruth Miller and were detained pending further proceedings.

According to the complaint, Nguyen and Brooks were stopped by U.S. Customs and Border Protection (CBP) Officers at the Cyril E. King International Airport after they discovered that Nguyen and Brooks were attempting to smuggle 13 kilograms of cocaine through the airport to the U.S. mainland in their checked luggage.

The white powdery substance discovered in the suitcase, field-tested positive for cocaine and weighed about 28.66 pounds (13 kilograms).

The case is being investigated by Homeland Security Investigations (HSI) and U.S. Customs and Border Protection (CBP) and the U.S. Drug Enforcement Administration (DEA).

It is being prosecuted by Assistant United States Attorney Sigrid Tejo-Sprotte.