NEW YORK — The price of some U.S. Virgin Islands bonds’ on the secondary market has more than doubled since the end of last year, The Bond Buyer reports today.

According to the Electronic Municipal Marketplace Access web site, on December 28, 2017 a customer bought $2 million of Virgin Islands gross receipts tax bonds maturing in 2039 at 44 cents on the dollar.

On Thursday a customer bought $1 million of the bonds at 95 cents on the dollar.

The rise in the bonds’ market bonds is “a reflection of increased investor confidence in the Virgin Islands,” said Richard Tortora, president of Capital Markets Advisors. Capital Markets is the municipal adviser to the territory.

The two category 5 hurricanes that hit the Virgin Islands in late summer 2017 were factors in the slip of its bond prices later in the year, he said. But the government made full bond payments on October 1, 2017, April 1, and this past October 1, he said.

While tourism was initially hit hard, cruises have returned fairly strongly, Tortura said. Airline-based tourism hasn’t come back quite as much because some hotels are still closed. Yet tourism is on the path to normal levels.

The Virgin Islands was quicker than Puerto Rico in bringing back its electrical and water infrastructure, Tortora said.

The territory has also benefited from not being hit by any major storms this season, he said. The season ends at the end of November.

“We believe the rebound in the Virgin island bonds was in sympathy with the improved outlook for Puerto Rico bonds, now that a settlement between the general obligation and COFINA [Puerto Rico Sales Tax Financing Corp.] bondholders is in sight,” Nguyen said. “It also reflects the recognition that the USVI government has displayed a more creditor-friendly attitude and a much more professional approach to managing its debt problem than its Puerto Rican counterpart.”

The closing of the HOVENSA oil refinery in early 2012 cost 2,000 workers their jobs and pushed the islands into an economic decline that lasted through 2016. In July the Virgin Islands Senate passed a $1.4 billion deal to reopen the oil refinery on St. Croix.

The budget has $1.0725 billion in local, transfer and other funds and $238.7 million in federal sources. In the coming fiscal year, “Revenue lost by the tourism industry through the temporary closure of the territory’s major hotels will be partially offset by the revenues derived from the reconstruction boom,” according to a statement from Mapp’s office.

This year’s budget projects $1.311 billion in revenues, compared with $1.278 billion in the fiscal 2018 budget, according to Julio Rhymer, director of the Virgin Islands Office of Management and Budget.

The government has already drawn $215 million of a federal Community Disaster Loan approved after the hurricanes. It may or may not draw on the remaining $81 million available, Rhymer said.

The Community Disaster Loan, Federal Emergency Management Agency, Community Development Block Grant, and other federal aid after the hurricanes are not included in the island’s official budget, Rhymer said.

“As a result of economic activity in the U.S .Virgin Islands during the past six months we are expecting the largest gross receipts tax collection in years at $191.3 million, $452.9 million in income taxes and $63 million in real property taxes,” Finance Commissioner Valdamier Collens said.

The one ratings agency that is still covering the central government’s bonds, Moody’s Investors Service, is skeptical. In January it downgraded its rating on the matching funds (rum tax) bonds to Caa3 and said there was a “high likelihood” of a government default on the bonds. When Moody’s was contacted in July, its analyst said that the opening of the oil refinery was likely to have only a minimal impact on the territory’s finances.

Meanwhile, on Friday the Virgin Islands Water and Power Authority posted a financial notice to EMMA saying that the Public Services Commission approved a roughly four cents per kWh increase for July through December of this year.

WAPA said it planned to ask the PSC for surcharges and temporary rate increases to support various expenses. Additionally, the authority expects to “submit a full base rate case” to the PSC in early 2019. 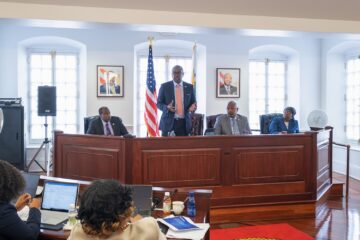 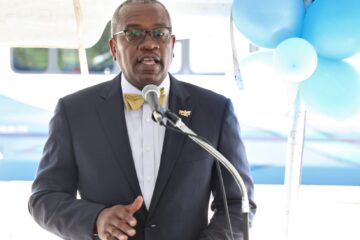 Government Revenues Down Due To COVID-19: Office of Management And Budget 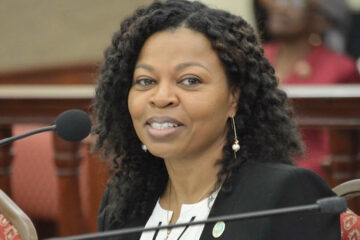 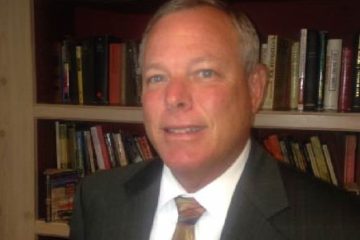