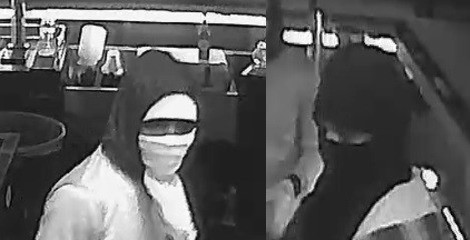 CHRISTIANSTED — Police released photos taken from surveillance footage at an East End bar during the armed robbery that led to a visiting relief worker being shot multiple times.

Eyewitnesses said Derrick Cribb, 33, of North Carolina was shot 11 times during an armed robbery by three masked men at Castaway’s Bar & Restaurant in Estate Solitude just before midnight on Wednesday.

Cribb died from the wounds he sustained during the robbery less than two hours after he had been shot at 12:53 a.m. on Thursday.

He had been on island for about two weeks working for the Emergency Home Repairs VI program part of the Virgin Islands Housing Finance Authority (VIHFA).

According to eyewitnesses, the three bandits made off with about $3,000 in cash from the register.

The Virgin Islands Police Department (VIPD) and Crimestoppers USVI are asking anyone who recognizes any of the men in these photos or the clothing they are wearing during the armed robbery to contact authorities immediately.

Individuals in the community may still be to make an identification from the eyes , clothing etc..

Crimestoppers USVI is in receipt of anonymous $5,000.00 cash reward for information leading to apprehension of individual or individuals involved in this senseless killing.
SUBMIT A TIP 1-800-222-8477 or online at
www.crimestoppersvi.org or www.P3tips.com
You can also call the Criminal Investigations Bureau at 340 778-2211 or 911