EAST END — The tourist St. Croix is most proud of — former Vice President Joe Biden — was spotted at sunrise at one of St. Croix’s most popular tourist attractions — Point Udall.

“My son said that Biden jogged up to Point Udall to watch the sunrise,” Henry said. “He can’t disclose how long he’ll be here.”

Biden was at Point Udall with his wife Jill. They took time out to take a selfie together while they were there.

Others on Facebook caught photos of the potential 2020 Democratic Party candidate for president out at Point Udall, with a whole scrum of fellow joggers and onlookers seeking selfies.

Polls over the last few months show Biden as the clear favorite among Democratic voters, with about 26 percent support.

But these early indicators historically have had little value when it comes to who actually runs for the highest office in the land.

Biden has been visiting the territory over the holidays for years now. His brother owns property on Water Island, the small island just south of St. Thomas’ Crown Bay.

Trinidadians Living A Modern Day Pirates of The Caribbean -- From Venezuela 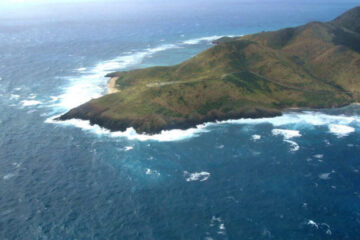