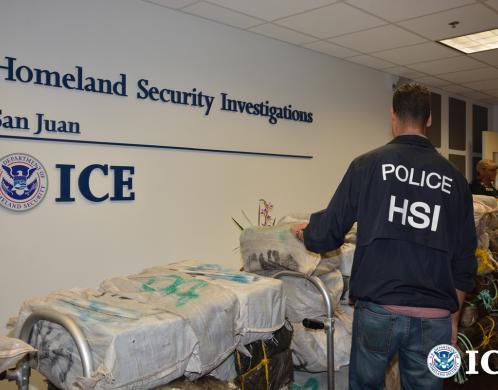 SAN JUAN — Federal authorities in Puerto Rico have seized $25 million worth of cocaine in waters off an outer island.

U.S. Immigration and Customs Enforcement ICE) said Friday that nearly 2,400 pounds (1,100 kilograms) were found aboard a boat near the island of Vieques.

Officials said they pursued the boat on Thursday but that its occupants fled once they reached Vieques, a popular tourist destination. No one has been arrested.

It is the largest reported seizure so far this year. Last month, federal authorities said they seized $10 million worth of cocaine off Puerto Rico’s north coast.