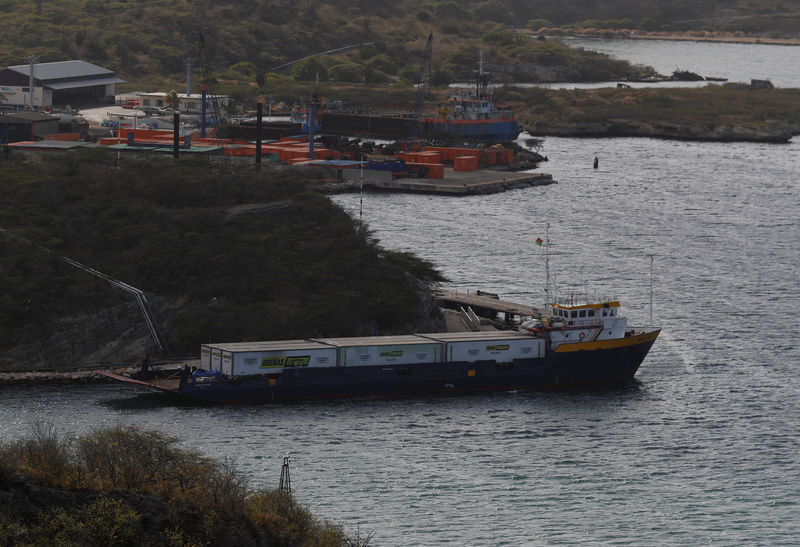 AMSTERDAM — The Netherlands and the United States reached an agreement to use facilities on the Dutch Caribbean island of Curacao for possible distribution of aid to nearby Venezuela, Curacao’s prime minister said.

The island will only be used for civilian operations to deliver aid, such as food and medicines, to Venezuela if the Venezuelan government explicitly allows it, the Dutch Foreign Ministry said last month.

Curacao Prime Minister Eugene Ruggenaath said on Twitter the United States and the Netherlands signed an agreement detailing the access and use of facilities in Curacao as a humanitarian hub for aid to Venezuela.

Venezuelan President Nicolas Maduro has repeatedly refused to let foreign aid into Venezuela, despite a deep economic crisis marked by shortages of food and medicine and hyperinflation.

Maduro has called U.S.-led aid efforts a veiled invasion meant to push him from power, and has insisted that there is no crisis in the country.

Venezuelan opposition leader Juan Guaido has been pressing for humanitarian aid to be allowed in.

The Netherlands has joined the United States and about 50 other countries in recognizing Guaido, who is head of the National Assembly, as the interim president of the country.