ST. CATHARINES — Students at the University of the West Indies could be about to get a range of new studying options after the college agreed to debate creating an Institute for Canada-Caribbean Studies.

The university, which has 36,000 students, has signed an agreement with Brock University in Ontario, Canada to explore the options for the potential new institution, which would offer opportunities for personnel to visit and collaborate. But what would the new institute look like, and how could it help students here in the Caribbean and further afield?

Scope of the new center

This new center represents a concerted effort by educational leaders in both regions to help boost this sort of dialogue. The Institute for Canada-Caribbean Studies would follow in the footsteps of similar centers which the University of the West Indies has launched in destinations around the world, including in the other direction towards South America as well as further afield in places like China.

As a crucial part of the Americas, institutions in the Caribbean have long since worked hard to create dialogue and openness between the central and northern stretches of the region. They’ve also tried hard to create a culture of knowledge-sharing, too. There’s already a strong commercial link between the two regions, and the areas have bonded over their shared history as colonies too. Emigration between them is popular – in fact, 40% of Canada’s black population ultimately have Jamaican ancestry. And the benefits have worked in the other direction, too. Canada has paid for some of the University of the West Indies’ facilities in recent years, including student accommodation in on the St Augustine Campus in Trinidad and Tobago.

The development of the project

The project has been under consideration for a year or so, and was first presented to the head of Brock by the UWI team in 2018. Gervan Fearon, who heads up Brock University in the role of president, paid an in-person visit to the regional headquarters of the UWI in 2018 – when the partnership was first discussed. But again, the project isn’t without precedent when it comes to relations between the Caribbean and Canada. As well as assistance with the building of the St Augustine accommodation block, the Canadian government also recently offered financial support for education in the form of a $20 million grant to help build the UWI’s Open Campus distance learning system.

According to Professor Sir Hilary Beckles, the process looked set to be “rewarding and exhilarating”. In an age in which public discussion of walls between nations is commonplace, Beckles appeared to deliver a coded message about the importance of cross-border co-operation. “Creative, courageous, and confident people build bridges and not walls, and the Canada-Caribbean bridge has been one of the most productive and mutually beneficial relation constructed in the last hundred years,” he said.

And there’s a personal connection for Beckles, too. “Working with President Fearon and his team at Brock University, where I received an Honorary Doctorate a decade ago, will be rewarding and exhilarating,” he added. “He is a brilliant economist with progressive pedagogical roots and a passion for development with justice; values I deeply admire in academic leaders.”

The University of the West Indies, as well as the Caribbean educational establishment more generally, has long since been proud of its association with Canada. And now, the relationship between the two looks set to be strengthened. The project has a clear cultural and political bent to it as well, and is likely to deliver some much-needed co-operation and understanding to the Americas – as well, of course, as additional study facilities for students of various subjects. 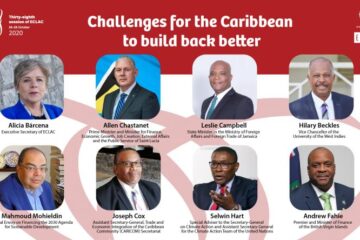 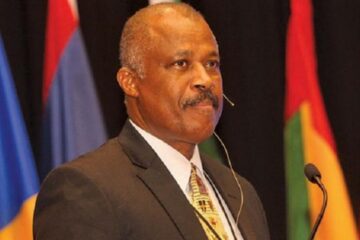 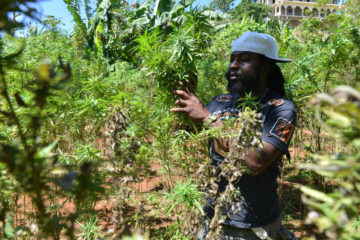 As Jamaica Looks To Cash In On Cannabis, Rastafarians Fear Being Left Out