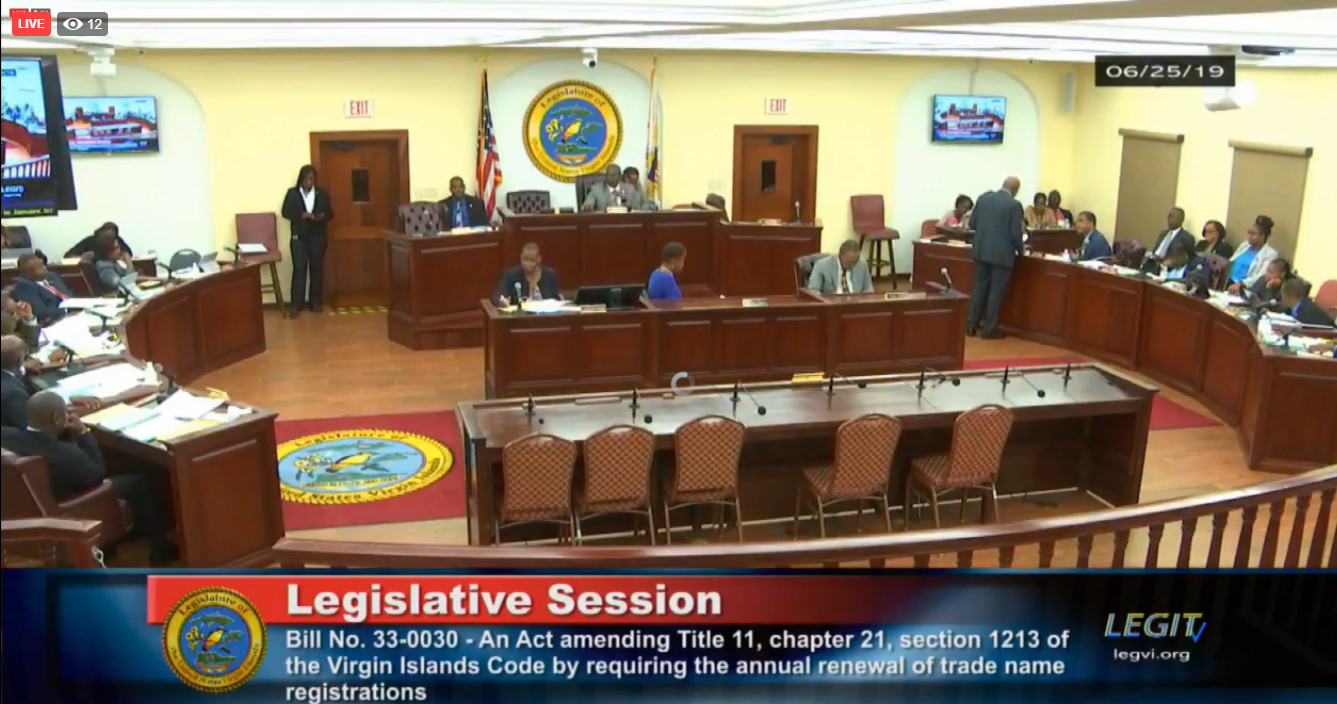 CHARLOTTE AMALIE — The government is hammering out a plan to direct cash to the territory’s junk-rated power authority to prevent a fuel cutoff threatened for as early as this Sunday.

The Senate Rules and Judiciary Committee on Monday approved a bill that would send $22.9 million of a $39.5 million windfall from Medicaid to the Virgin Islands Water and Power Authority (WAPA).

The whole Senate approved the bill this afternoon. And WAPA CEO Lawrence Kupfer thanked them for doing so.

A spokesman for Gov. Albert Bryan said that he supports the government of the Virgin Islands and its instrumentalities paying their obligations.

On June 3, the president of the propane supplier for WAPA threatened to shut off the authority’s supply of fuel.

Kupfer said the legislation, once approved by the governor, will provide funding necessary for WAPA to pay its propane bill.

“Today’s passage of Bill 33-0101 provides a total of $22.9 million to the territorial hospitals, and the V.I. Waste Management Authority to pay down past due electrical bills owed WAPA,” Kupfer said. “WAPA intends to use the funding to make critical vendor payments. I thank the members of the Senate, led by President Novelle Francis, Jr., for their efforts and commitment to WAPA.”

Kupfer said that “the leadership of WAPA continues to work closely with both the Bryan-Roach administration and the 33rd Legislature to identify sources of funding that will allow the public utility to make regular payment to its vendors for past due amounts.”

“Our goal is to make these payments to ensure that WAPA has the resources needed to provide the most cost effective, reliable and efficient electrical and potable water service to our customers,” he said. “Through a combination of dispatching more efficient, reliable LPG-fired generators in both districts, and the price of fuel on world markets, WAPA is realizing fuel cost savings of $5-6 million per month. “

“Timely payments to fuel suppliers such as VITOL, ensure that the lower cost LPG remains the primary fuel source at both power plants. “At the present time, 100 percent of St. Croix’s power demand is being satisfied through the use of LPG powered generators while propane fuel is used to fulfill approximately 70 percent of the electrical demand in the St. Thomas – St. John district.”

1 thought on “Senate Says $22.9 Million Of Medicaid Windfall Will Go To WAPA To Pay Its Fuel Bill”