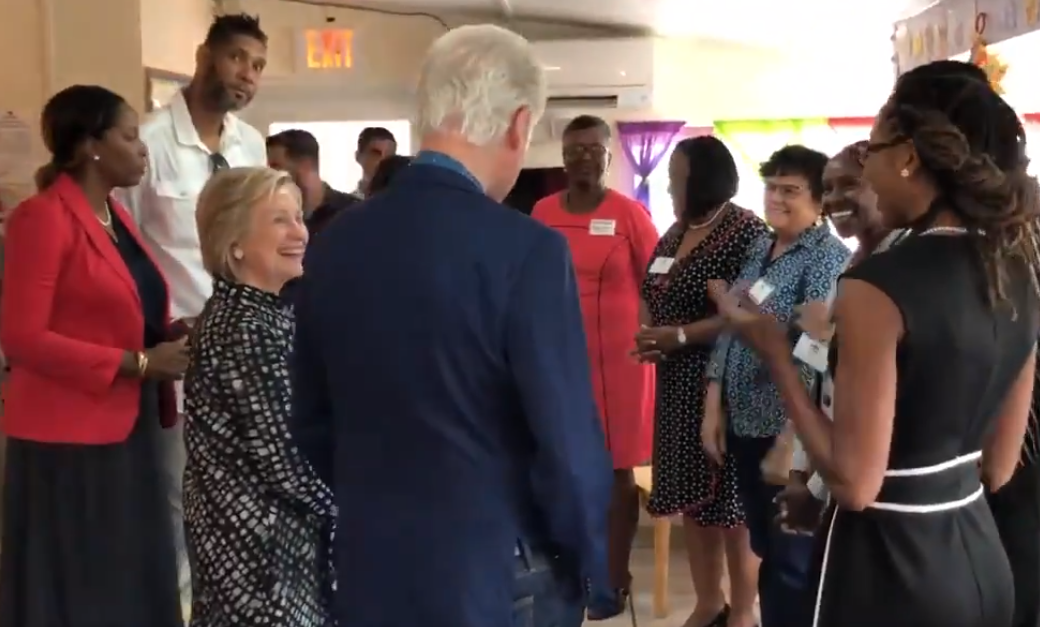 Duncan and his wife Vanessa will be donating $500,000 via The Tim Duncan Foundation to help kick start the program, which is designed to help create higher education opportunities and career readiness for disadvantaged children.

The program aims to help every parent and teacher create an expectation of success and prosperity in the minds of every disadvantaged child.

Duncan said he was approached about the program months ago and when he returned to his home in Texas, he and Vanessa Macias discussed bringing the program to the territory.

Macias and their daughter, Quill, made the trip to St. Croix with Duncan.

“I was blown away by it. I went home and told Vanessa about it. She said we need to take this program and implement it in the Virgin Islands because it is easy to do and it will have a great impact on the kids, not only for the short term but the long term,” said Duncan. “We’re very excited about it and I know it will do great things for the kids of the Virgin Islands.”

This is just another example of the huge charitable effort Timmy has put into the U.S. Virgin Islands.

Duncan also donated over $250,000 and countless supplies following the active 2017 hurricane season that included a direct hit from Hurricanes Irma and Maria.

According to sources, Tim Duncan makes roughly five million dollars a year, according to his 2015 tax returns. With a net worth of about $130 million and an average income of $10 million per year as of 2019, the former NBA player made news as a huge supporter of charity because of his kind gesture. A $750,000 donation is not something we regularly see, especially for celebrities in Timmy’s caliber. But did you know that you can also support charity in your area without having to become an NBA superstar?

Well, the good thing about it is that you get to donate what you can afford, there’s no minimum or maximum limit. However, anyone can make a donation as huge as Timmy’s… it may take time but it’s very possible! Yes, it starts with being smart, strategic, and highly committed to what you do. It also requires you to have some financial management skills, including being a disciplined spender and as you can learn more here, keeping accurate track of your earnings and spending. After all, Timmy still shops at Old Navy despite his ginormous net worth! With a business-oriented mind, the right financial management tools, and the right skills, you can easily turn your income into huge surpluses or a fund that you could be making significant donations from, every once in a while.