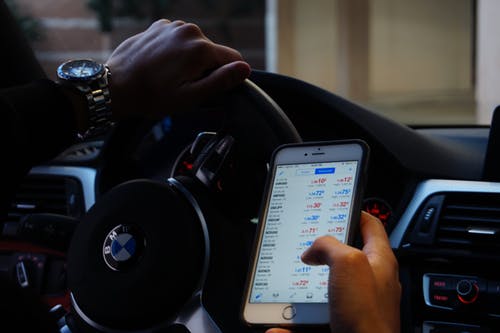 Trillions of money exchange hands every day in the Forex market, making it the most liquid in the world. Over the last couple of years, foreign exchange has been a lucrative business and a huge money making opportunity for wise and knowledgeable investors in this market.

As a matter of fact, many traders out there are earning huge from Forex without having to step into the office, let alone spend a long seven hours behind a desk and computer. However, it doesn’t come automatically.

Before getting into Forex trading, it’s important to note that it can be a bit challenging without a certain set of skills and knowledge. John Doyle and the guys at https://forextrading-online.com/ say that with the right guidance and mentorship, anyone can learn Forex trading even from the comfort of their home online. The most important thing is to learn the ins and outs of the Forex markets and how it works, so you won’t be risking your money by going in half-baked. If you’re a beginner in Foreign exchange, here are some pointers to act as your guide on how to make money through Forex trading.

Due to factors such as inflation, unemployment, catastrophes, natural tragedies, corruption, and the like, currencies of different countries depreciate. While this automatically makes currencies of other countries to grow stronger, currency can also appreciate due to improved developments, export trade, and other factors that lead to increased economic growth in that country. These are some of the reasons why currency exchange rates fluctuate, thus creating an opportunity for Forex investors to make money through foreign exchange.

Buy/Sell: Now, Forex trading is all about buying currency (exchanging it for another) and selling it later when there’s a favorable change in price. Most people trade by buying a currency and selling it later when its value increases compared to the one they sold. Well, as you buy one currency, you are basically selling another, and this is all determined by something called the exchange rate.

Exchange Rate: The exchange rate simply refers to how many units of currency you need to give for one unit of the currency you’re purchasing. For instance, if GBP/USD=1.5 this means that you need 1.5 USD for one GBP. This means that to buy 100 GBP, you will need $ (1.5×100), which gives 1,500 USD.

In Forex trading, currencies are always listed in pairs. Currency pairs include two different currencies separated with a forward slash like EUR/USD, USD/JPY, USD/CHF and so forth. As earlier mentioned; this is because when trading in Forex, you’re basically buying one currency and selling another, which is the reason it’s called foreign exchange.

Now, the currency on the left side of the slash is called the base currency, whereas the one on the right side is called the quote currency. The pair is usually followed by an equal sign (=) and a number that represents the exchange rate. For instance: USD/JPY= 105.12

In case JPY were to rise in value or USD was to depreciate in value, you can sell the USD you bought at a profit. In other words, the pair would be something like USD/JPY=108.00, which gives you a profit of about 2880 JPY if you sold the $1000 you bought.

Learn How to Make Forecasts

Aggressive investors in the currency market are always watching trends and analyzing currency pairs to determine the ones that would be most profitable to trade. In most cases, currency rates are dependent on demand and supply, which often fluctuate depending on a country’s economic stability. And as we all know, inflation, GDP, and the labor market are all influenced by political and social stability as well. All these factors affect profitability in Forex trading, which is why traders need to adopt analytic strategies that can help forecast changes in currency changes. You can find scalping forex brokers and they specify in a more niche strategy. Their strategy includes making short-term transactions at an impulse price movement. This kind of strategy is only used in certain conditions so you have to predict the market well. In other words, you just have to know the best time to buy or sell, and to help you out, the two major strategies you can use include the following.

In this one, simply following economic news and business trends in various countries can help. If for instance, there’s a decline in Canada’s unemployment rate, there’s a high possibility that CAD will appreciate in value. Based on this prospect, you can sell USD for CAD and wait. It can be a high-risk trading strategy of sorts, but as we all know, more often than not, the higher the risk, the higher the reward. Especially if you have some leverage with a broker, you could make some serious money from just one trade.

This one involves using currency rate charts and graphical patterns to forecast the rise or fall in value. One of the most popular types of patterns is the “head and shoulders” graphical pattern. It consists of three peaks representing a head and two shoulders as the name suggests. After the three peaks are formed, you can predict the next move by drawing a neckline through the peaks’ lows and measuring the distance from the centermost peak to the neckline. The larger the distance, the more it gives you a reason to sell.

Using Forex brokers is one of the best ways to trade Forex.  The good thing about Forex trading brokers is that you don’t have to be locked tight behind your computer screen to earn some extra buck from Forex trading. However, it’s important to understand the various terms used when dealing with a broker. On this note, Forex quotes ill always have two main prices – the Bid Price and the Ask Price.