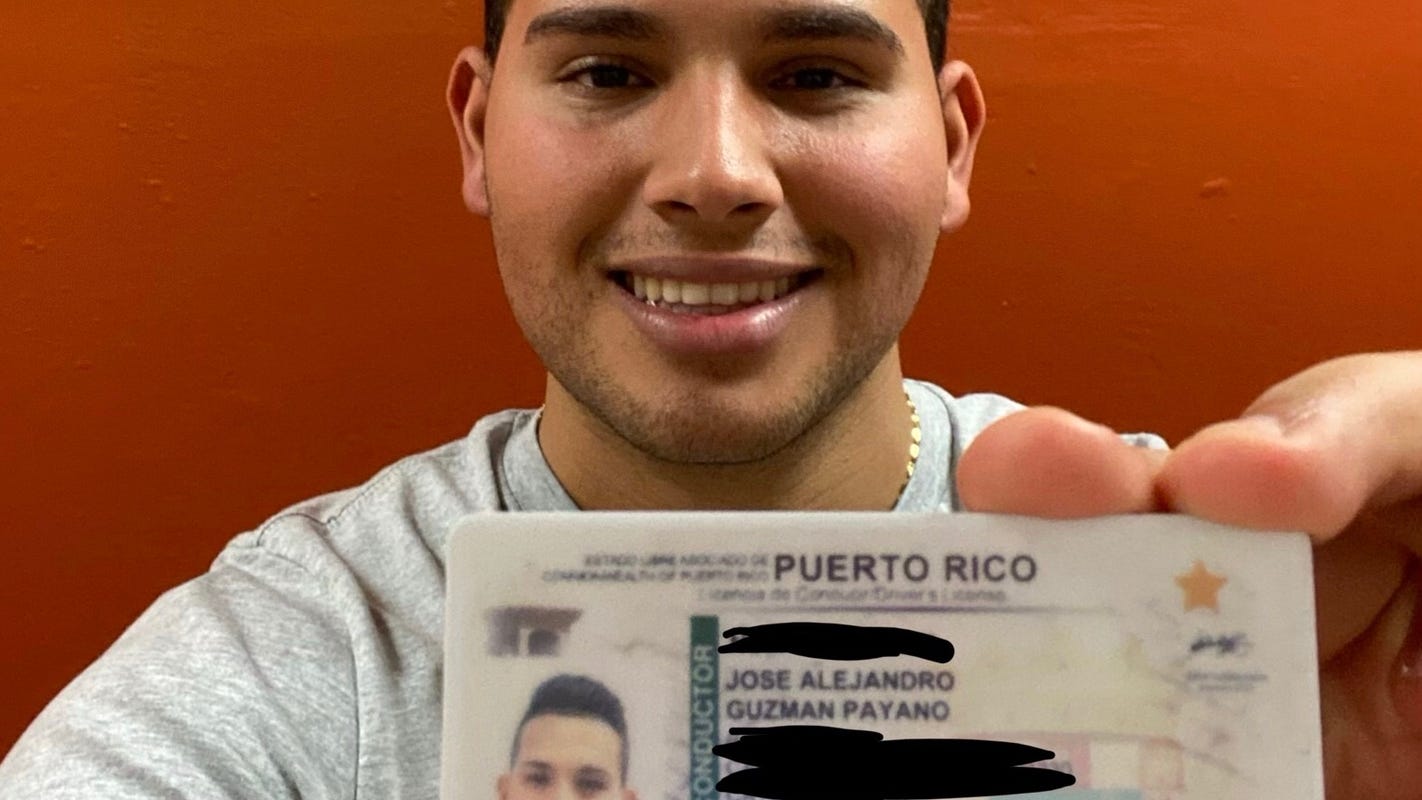 WEST LAFAYETTE, Indiana — CVS officials say they are investigating a claim by a Purdue University engineering student who said he was denied the purchase of an over-the-counter cold medicine because employees at the chain store looked at his Puerto Rican driver’s license and told him he needed a valid U.S. ID, before pressing him about his immigration status.

The situation, which happened October 25, turned into a viral social media moment when the mother of Purdue junior Jose Guzman Payano told the story in a post that had been shared more than 5,500 times by Saturday.

Arlene Payano Burgos’ point, writing from her home in Cayey, Puerto Rico: Her son “is, in fact, a United States citizen.”

“What caused this employee to ask him for his visa?” Payano Burgos wrote in a Facebook post that was still gathering steam this weekend in West Lafayette and Purdue circles. “Was it his accent? Was it his skin color? Was it the Puerto Rican flag on the license? Whatever triggered her to discriminate against my son embodies exactly what is wrong in the United States of America today.”

Payano Burgos, reached Saturday at his dorm room in Shreve Hall, said he hadn’t heard from CVS after contacting corporate offices for the national pharmacy chain to find out if what he’d been told in the store – that his driver’s license from Puerto Rico didn’t fit the company’s policy of U.S., Canadian and Mexican IDs, only – was actually true.

But CVS did offer an apology, via a statement, when asked by the Virgin Islands Free Press:

“We are committed to ensuring that every customer receives courteous, outstanding service in our stores, and we apologize to the customer for his recent experience,” Amy Thibault, a CVS spokeswoman, said. “We are fully investigating this matter to learn more about what occurred. While our employees must adhere to laws and regulation requiring identification for the purchase of over-the-counter medication, our expectation is that all customers be treated in a professional manner.”

How about IDs from Puerto Rico, a territory of the United States?

“Yes, a Puerto Rican ID is considered a valid form of identification at CVS Pharmacy,” Thibault said. “All employees at this location have been reminded of the company policy.”

The episode started when Guzman Payano went to bed October 24 feeling like a cold was coming on and woke up to a sore throat and congestion bad enough that it was difficult to breathe. A diagnosis at the Purdue University Student Health Center later that day pointed to bronchitis. That morning, though, he said figured Mucenix, an over-the-counter medication, would do the trick.

Guzman Payano, who has been in Indiana since the start of the fall 2017 semester, said he was a weekly customer at the CVS store at 720 Northwestern Avenue in West Lafayette on the ground floor of the Fuse building. It was close to campus, he said, and he’d be able to pick up a few other things while he was there.

He said he rang up the items in a self-scan checkout and waited for a store clerk when the machine’s screen noted that an ID check was required for the cold medicine. When he showed his ID – one that met the Real ID criteria – a clerk told him it wasn’t enough.

“She said I needed a visa,” Guzman Payano said. “I tried to explain that Puerto Rico was part of the United States. I didn’t need a visa or anything. She just said the same thing three times.”

He said he had his passport, so he showed that, with no luck. He said the store employee told him he still needed to see some sort of immigration status before he could buy the cold medicine.

“That’s when I realized what was happening,” he said. “It wasn’t worth talking anymore.”

He left and then came back minutes later to see whether a shift supervisor or manager could help. Guzman Payano said he received the same line about corporate policy.

Meanwhile, a reader of the V.I. Free Press on Facebook said her U.S. Virgin Islands family had a similar problem with CVS in Los Angeles, California.

“CVS in LA would not fill a ‘script for my son,” Susan Mann said in Cruz Bay. “It was from the pharmacy on St. John (USVI). Kris called it (Chelsea Pharmacy). The St. John pharmacist came to the phone. LA CVS then told Kris that could be a fake person. He was told to leave the store! BTW, this was for Kris’s insulin! ??? BTW, Definite pattern of discrimination my CVS?.”

Guzman Payano said the he hadn’t run into similar situations in West Lafayette since arriving at Purdue, which lists 71 students enrolled from Puerto Rico on the university’s student data page online.

“I don’t think it’s a coincidence that this happened,” Guzman Payano said. “It is weird because we’re such a broad campus at Purdue. There are people from everywhere. But I can’t use my ID from Puerto Rico? Note even my passport? This shouldn’t happen here. Period.”

Guzman Payano wound up finding a friend with a car, who drove him to Meijer on Sagamore Parkway West in West Lafayette. He said the store carded him before selling the cold medicine. He said there were no questions at that store. Since then, he said, he’s been trying to keep up with his course load while coming off bronchitis.

Meanwhile, the 940-word post from his mother gained traction of its own.

Payano Burgos said she wrote it in hopes that other Puerto Rican students wouldn’t go through similar situations.

“It was outrageous for me,” Payano Burgos said. “He had a cold. He needed cough medicine. … I couldn’t let this stand.”