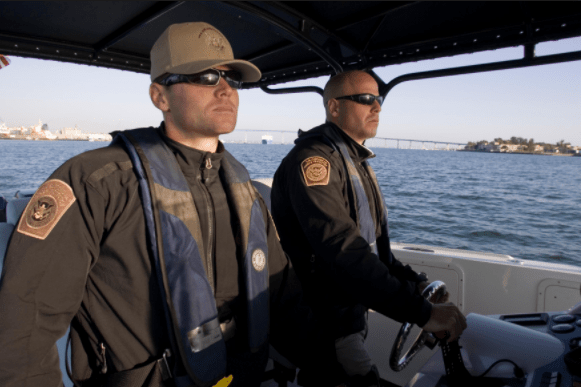 CHARLOTTE AMALIE — Juwon Cordelle Potter, a citizen of the British Virgin Islands, was charged with destroying a record or tangible object with the intent to impede a federal investigation and with knowingly and willfully entering the United States at a time and place other than as designated by Immigration Officers.

According to court documents, the captain of the vessel, Juwon Cordelle Potter, permitted a search of his phone, which revealed a picture of two men and several messages stating “just the two men?” and “send the 2000 WU to Juwon Potter.”

An agent from Homeland Security Investigations placed the phone on a work surface on the CBP vessel and then moved to the bow to conduct record checks.

The agent subsequently heard a splash, observed Juwon Cordelle Potter in the vicinity of where the phone had been placed, and observed the screen of the phone as it sank into the water.

This case is being investigated by the U.S. Department of Homeland Security Investigations (HSI) and CBP Air and Marine.

It is being prosecuted by Assistant United States Attorney Adam Sleeper.

United States Attorney Shappert reminds the public that a complaint is merely a formal charging document and is not evidence of guilt.