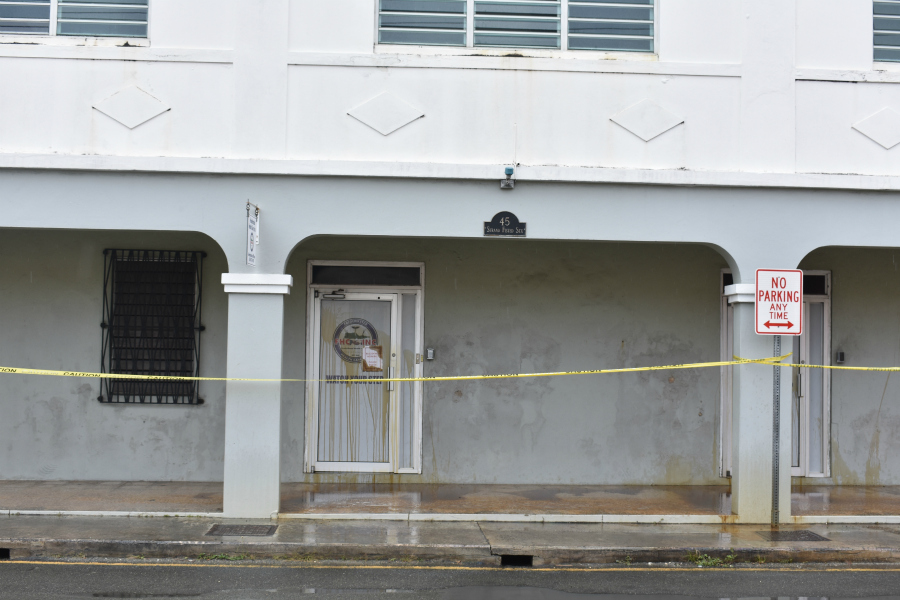 FREDERIKSTED — The 911 Emergency Call Center received reports over the weekend of vandalism at three offices in downtown Frederiksted. When police investigated, they discovered that four buildings had been tarnished.

On Saturday at 8:27 a.m., a concerned citizen reported what appeared to be motor oil was splashed on the doors of the Delegate to Congress’ office on King Street, Frederiksted. No other damage was observed to the building.

On Sunday, concerned citizens made reports that motor oil was used to vandalize the office of the Delegate to Congress, the Supreme Court, and the Frederiksted Health Care building on Strand Street.

Investigation into the acts of vandalism is ongoing.

Although police say they have identified a person of interest, the VIPD said they still need the community’s assistance with more information.