VARADERO, Cuba — No one is swimming in the turquoise Caribbean waters of Cuba’s Varadero beach resort, nor lounging on its white, palm-fringed beaches. Its hundreds of hotels, shops and restaurants stand empty and eerily quiet.

The nearby airport, the lifeblood of Varadero’s economy, closed after Cuba shut its borders two weeks ago to protect against the spread of the new coronavirus. Now, undisturbed by tourists, lizards scamper around the grounds of the luxurious hotels, on the hunt.

Across the Caribbean, similar scenes of desolation are playing out as the most tourism-dependent region in the world reels from a pandemic that has shut borders, grounded airlines, berthed cruise ships and sent much of the planet into isolation since mid-March.

From the historic towns of the Dominican Republic to the isolated coves of Tobago, tourism employs an estimated 2.5 million people and generates – directly and indirectly – nearly one-third of the region’s economic output, according to the Caribbean Tourism Organization.

As a result, there are few places where the economic impact of the pandemic may be as immediate as the archipelago’s 26 small island states and dependencies, many of them already heavily indebted.

“Almost all my family, all my cousins, work in tourism,” said Maria Elisa Torres, who rents rooms in her home in Santa Marta near Varadero.

“My cousin is a shopkeeper. She is out of a job. Her husband works in rent-a-car (company). He is out of job. My brother works with tourists on the beach and is also out of job.”

So far, the Caribbean region of 45 million people has reported only about 7,000 coronavirus cases and 300 deaths, the majority in the Dominican Republic.

Yet millions have already lost their jobs or revenues due to the outbreak.

The World Tourism Organization (UNWTO), a U.N. body dedicated to promoting the industry, last month forecast a 20% to 30% plunge in arrivals this year.

The Caribbean Development Bank went further, forecasting a 50% slump if restrictions continue until September and a 100% fall if the policies stay in place all year. The International Monetary Fund (IMF) predicts the eastern Caribbean, heavily dependent on cruise lines, will be among the hardest hit.

Carnival Corp said this week it was canceling all sailings until at least June 26, while Royal Caribbean Cruises suspended trips until June 11 to ensure the safety of guests and crew.

In Barbados, the yellow cranes that line the port of capital Bridgetown stand starkly against a hazy blue sky amid the absence of any cruise ships. Usually six or seven ships would be docked here but the major lines have canceled their trips well into the peak summer season, said Sheldon Layne, the manager of terminal operations.

‘A SERIES OF UNKNOWNS’

Just a few months ago, the Caribbean Tourism Organization – the local branch of the UNWTO – was in high spirits, citing a robust recovery for the region after many islands were pummeled by hurricanes Irma and Maria in 2017.

Now, the organization’s staff is working from home under a lockdown and scrambling to keep up with an unprecedented drop to nearly zero visitors.

“We are really in a series of unknowns, searching to find what very well could become the new way that tourism could operate,” Jamaican Tourism Minister Edmund Bartlett told Reuters.

In the meantime, authorities are trying to keep their tourism industries afloat and their people safe from the pandemic.

Jamaica has announced an $8.7 million package for tourism-related business operators and workers, as well as a skills training program for people while they are idle.

“Businesses do appreciate the government initiatives,” said Robin Russell, owner of the Deja Resort in Jamaica’s Montego Bay, who has applied for aid. He is paying staff half their salaries and using the downtime to do refurbishments.

“But it’s difficult, not knowing your cash flow,” he said.

Many Caribbean governments, hammered by the cost of fighting the pandemic amid a collapse in tax revenues, say they need financial help to weather the crisis.

The only Caribbean nation to benefit automatically from debt relief is Haiti, after the G20 group of rich industrialized nations agreed on freezing debt for the world’s poorest countries.

But the IMF said on Thursday that some eight Caribbean countries had already applied for emergency aid.

On Wednesday, the Caribbean bloc CARICOM urged the international community to consider that while some Caribbean nations have a relatively high income per capita, their often single-industry economies, highly dependent on imports and exposed to natural disaster, are vulnerable.

David Jessop, a consultant to the Caribbean Council, said a recovery would be complicated by a global recession that would depress demand for tourism.

“It all suggests a time horizon for the start, not the end, of Caribbean recovery being as late as the fall or winter of 2021,” he told Reuters.

In the meantime, those who still have work in the region’s ghost-town resorts are trying to get by as best they can.

Carlos Padron, who helps care for 15 captive dolphins at an aquarium in Varadero, used a whistle to summon them as they vied for his attention.

“I think they miss the public a little,” he said. 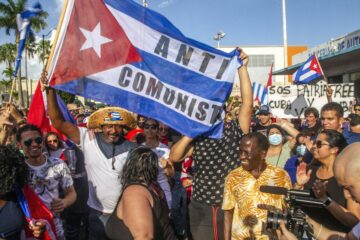 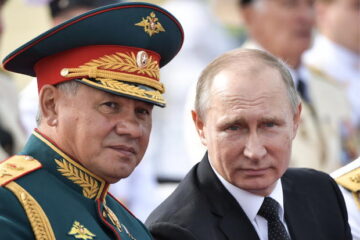 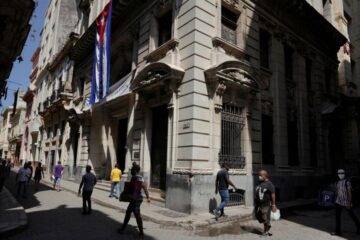 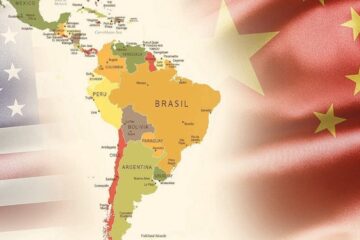