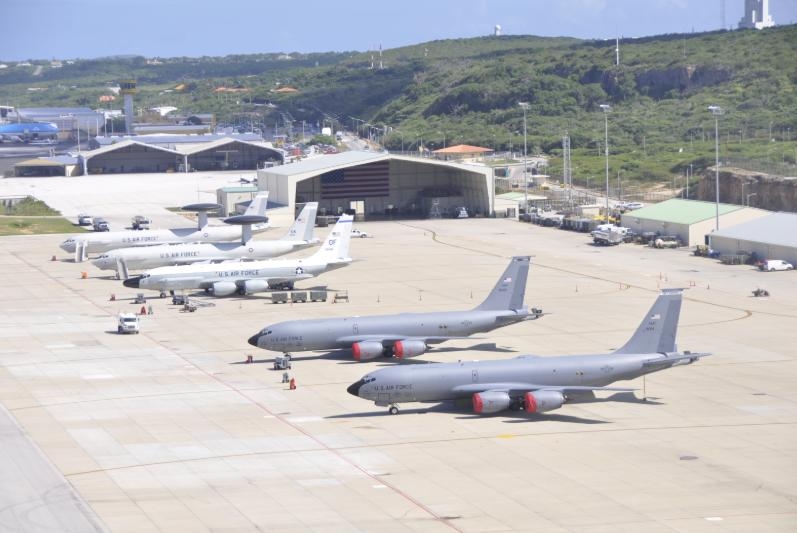 The deployment is meant to “help U.S. and international law enforcement authorities disrupt and defeat transnational criminal organizations trafficking illegal narcotics in the region,” the Southern Command said in a statement.

The deployment, described as temporary, will involve about 200 personnel, and will operate from the Cooperative Security Location. The CSL is a series of facilities used for regional training in counterterrorism and interdiction of drug trafficking, in Willemstad, Curacao.

Curacao is a island nation 40 miles from the coast of Venezuela. The U.S. and Curacao have been a part of a counter-narcotics partnership “dating back two decades,” a Southern Command Twitter message on Friday said.

In May, the White House announced the deployment of U.S. Navy destroyers, AWAC surveillance aircraft, and special forces units to the Caribbean Sea. That deployment was regarded as one of the largest military operations in the region since the United States invaded Panama in 1989.

The announcement came several weeks after the U.S. State Department accused Venezuelan government leaders of drug trafficking. It also came after a Venezuelan rejection of a “democratic transition” agreement outlined by the White House.

The U.S. plan, in March, preceded an affirmation by Venezuela’s Foreign Ministry that the country is “free and sovereign” and will not accept “tutelage” from foreign powers.