Washington Consolidates Its Position In The Caribbean: Commentary By David Jessop

Speaking recently at Bocas Lit Fest, Jamaica’s former Prime Minister P.J. Patterson, observed that in recent years there had been a “deliberate attempt” to split the Caribbean.

After referencing the EU’s divisive action in relation to the African, Caribbean and Pacific Group of Nations (the ACP), he went on to say “I am afraid to say (fragmentation) is happening in CARICOM and perhaps the difference in our approach in relating to Venezuela is the best example of that.”

Such divisions, he observed, are becoming more pronounced “the more so when there is interest in a commodity which is being found to exist in abundance in Guyana.” He also noted how difficult it will be for the Caribbean to achieve its objectives in relation to debt, climate change, COVID-19 and participate in the development of a new world order if others divide regional unity.

Reading and listening online to the recent comments made by U.S. Secretary of State Mike Pompeo during his recent visit to Suriname and Guyana and to members of their recently elected governments, it is hard to avoid the conclusion that Washington has by design sought to divide the region to obtain the support of the majority of Caribbean governments for its regional agenda.

By finding ways to divide the region into groups that might be considered “the willing” and the “less willing,” it has with subtlety and softer language begun to deliver in the Caribbean a version of the Monroe Doctrine designed for the 21st century.

This is not to suggest that the support that the U.S. is now offering is unwelcome, but to observe that with the exception of Barbados, Trinidad, St. Vincent, Dominica and Antigua, every other CARICOM nation tacitly conceded that there is no longer unity of purpose within CARICOM.

For most of it first term, the Trump administration’s policy towards the region has been driven by concern about Venezuela, lessening China’s economic influence in the region and enhancing its own security.

However, in recent months Washington has deployed language that seeks to accommodate the Caribbean’s differing views and strong defense of sovereignty by placing greater emphasis on delivering mutual economic benefit, in ways that will see U.S. corporations playing a role that more closely integrates the region with its powerful northern neighbor.

This newfound subtlety was clearly in evidence in the language used in relation to China in a recent non-attributable briefing by a senior State Department official prior to Pompeo’s visit.

In answer to a journalist’s question, the official said the U.S. was not saying do not deal with China.

“We deal with China and other countries deal with China. They’re a big economy. There’s really no choice but to deal with them. But what we are saying is when you deal with them, make them deal on transparent, 21st century, above-board terms, not on the sort of 19th century imperialist, mercantilist, opaque terms that Chinese Communist Party and Chinese businesses owned by the — owned or controlled by the Communist Party seem to favor,” he said.

The senior official also urged countries to look at their security interests. Venezuela by harboring “terrorists and narcotraffickers” made it in “Guyana’s own interest … to try to work together (with the U.S.) to try to resolve the crisis in Venezuela,” he observed.

Washington’s policy perspective on the Caribbean appears to be based on several overriding premises which will likely to govern how and with which Caribbean countries it prefers to deepen economic relations.

First, it requires all nations to be Western-style democracies. In one of the more interesting comments made when the former administration in Guyana would not accept the country’s contested election outcome, Pompeo said, “We have long said that we have no preference for a winning party, as long as it is selected through a free and fair electoral process that is credible.”

He also warned that the U.S. was prepared to deploy sanctions against sitting politicians who did not comply.

Second, when it comes to security, The U.S. is consolidating its position as the principal provider of analysis support and training across the region, as well as deploying a much stronger multi-faceted and better integrated presence.

Its much-strengthened capabilities in the Eastern Caribbean, are principally tasked against the sea, air and land corridors out of Venezuela through which organized crime, with or without the involvement of government, move narcotics, gold, arms and people north and west through the Caribbean and Eastern Pacific, developing as they do so networks that corrupt and may criminally subvert other nations. The U.S. is also engaged in providing security support in other vital ways, including in relation to the growing regional cyber security threats by a wide range of external actors.

Third, and importantly for the region’s future growth, the U.S. sees the provision of support coming through mechanisms such as the Growth in the Americas Initiative, which so far Guyana and Jamaica have signed onto. The initiative promises in part to encourage U.S. corporate support with infrastructure for water, energy and hydrocarbons, buildings, airports, basic sanitation, information technology, logistics infrastructure, roads, railways, bridges, ports and tunnels.

Speaking in Guyana and Suriname, Pompeo said that the U.S. will put no political pressure on countries to accept tenders from U.S. corporations, but Suriname and Guyana made the point that U.S. companies were global leaders in investment in infrastructure. He also indicated that Washington had a significant interest in participating in the far reaching strategically important economic transformation that is beginning to take shape in the two countries.

In the world of realpolitik and geostrategic accommodation, recent statements suggest that the U.S. has developed a strategy intended to increase its dominance in the Caribbean, not just at the expense of China and Venezuela, but in relation to the E.U. and other global players as well. CARICOM and the wider region would do well to determine how as a group it intends responding to this new and likely long-lived version of the Monroe doctrine that offers benefit, but at a price.

— David Jessop is the former director the Caribbean Council and can be contacted at david.jessop@caribbean-council.org

U.S. Travelers Can Get Protection From 'Mishaps' In Caribbean Hotels Through New Program 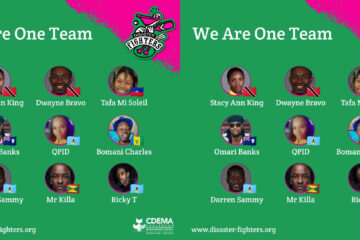 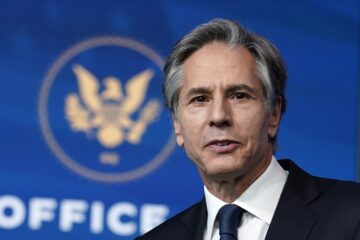 United States Is Rebuilding A Relationship With The Caribbean Region: OP-ED 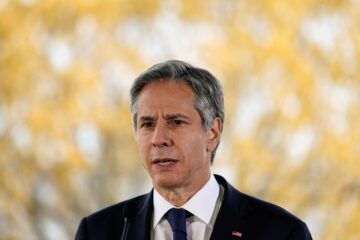 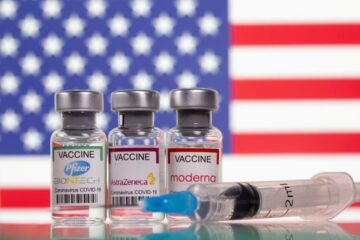 Washington Consolidates Its Position In The Caribbean: Commentary By David Jessop