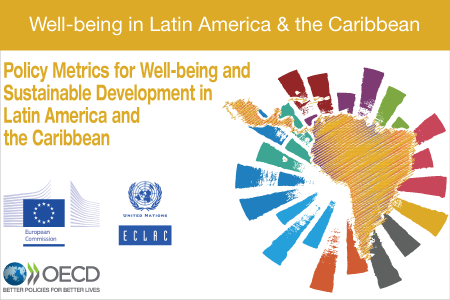 SANTIAGO, Chile — It will be essential to maintain and deepen active macroeconomic policies to achieve recovery and economic and social transformation after the crisis unleashed by the coronavirus pandemic, ECLAC indicated in a report entitled Economic Survey of Latin America and the Caribbean 2020. Main conditioning factors of fiscal and monetary policies in the post-COVID-19 era, released today by its Executive Secretary, Alicia Bárcena, during a virtual press conference.

This new edition of the survey, one of the main annual reports produced by the United Nations Economic Commission for Latin America and the Caribbean (ECLAC), presents an analysis of the economic effects caused by the pandemic in each country of the region and offers policy recommendations for addressing them, above all in relation to fiscal and monetary matters, while also highlighting the importance of international cooperation.

“The COVID-19 pandemic is having historic negative effects in economic, productive and social spheres, with lasting consequences and medium-term effects on growth and increased inequality, poverty and unemployment. That is why the process for economic activity (GDP) to return to its pre-crisis levels will be slower than what was observed during the subprime crisis (in 2007-2008),” Alicia Bárcena said.

According to the report, Latin America and the Caribbean is experiencing its worst economic crisis in a century, with an estimated -9.1% contraction in regional Gross Domestic Product (GDP). As a result, by the end of 2020, the level of GDP per capita will be the same as it was in 2010 – which means that there will have been a 10-year setback, with a sharp increase in inequality and poverty.

In addition, 2.7 million formal businesses are forecast to close in 2020, while unemployment is seen affecting 44 million people (with an increase of 18 million people versus the level seen in 2019, marking the largest surge since the global financial crisis).

Poverty is seen reaching the same levels observed in 2005, meaning that it would suffer a 15-year backslide, affecting 231 million people, while extreme poverty is forecast to reach 1990 levels, entailing a 30-year setback and affecting 96 million people.

“In this scenario, active macroeconomic policies will be needed to resume growth and to promote an agenda for structural transformation. Public revenue must be strengthened, conventional and non-conventional expansionary monetary policies must be maintained, and macroprudential regulation must be bolstered along with the regulation of capital flows to preserve macro-financial stability in the short and medium term. International cooperation is fundamental here to expand macroeconomic policy space,” ECLAC’s highest authority explained.

With regard to fiscal policy, the Economic Survey 2020 indicates that countries have made diverse fiscal efforts to mitigate the pandemic’s effects, amounting to 4.1% of GDP on average and accompanied by state credit guarantees of up to 10% of GDP. These fiscal efforts – along with declines in public revenue – have contributed to a bigger fiscal deficit and increased public debt.

In this sense, the document indicates that the challenge is to maintain an active fiscal policy in a context of greater indebtedness. To achieve this, active fiscal policies are needed in a framework of fiscal sustainability that is centered on revenue. Latin America and the Caribbean must increase its tax collection, which is currently 23.1% of GDP on average for the region’s national governments, compared with the 34.3% seen among countries of the Organization for Economic Cooperation and Development (OECD). To do so, States must fight tax evasion and avoidance, which amounts to 6.1% of regional GDP; consolidate individual and corporate income taxes; broaden the scope of taxes on wealth and property; and establish taxes on the digital economy and corrective taxes, such as environmental levies and others related to public health.

“Active fiscal policy must link the short term (emergency) with the medium and long term, to shift the development model towards productive transformation with sustainability and equality,” Alicia Bárcena stated. “Countries must orient public spending towards reactivation and economic transformation, strengthening public investment in sectors that foster employment, gender parity, social inclusion, productive transformation and an egalitarian transition towards environmental sustainability,” she added.

To expand policy space, ECLAC proposes better distributing global liquidity through international cooperation. In this area, multilateral credit institutions must be capitalized to expand their financing capacity and liquidity, both at the current juncture as well as with a longer view. Also, cooperation between central banks should be institutionalized to sustain expansionary monetary policies as well as those aimed at preserving macro-financial stability, and the global and regional financial safety net must be expanded to counteract the negative effects of volatility in financial flows at times of systemic crisis.

In this vein, the Fund to Alleviate COVID-19 Economics (FACE) initiative – presented recently by the government of Costa Rica – is an example of an international cooperation mechanism to improve the distribution of global liquidity so that it reaches developing countries.

The report also stresses that debt relief and restructuring for countries with vulnerabilities and a heavy burden of interest payments is necessary for expanding policy space. Currently, middle-income countries account for 96% of all developing countries’ debt (excluding China and India), which means that it is urgently necessary for the international financial community to expand liquidity conditions to address financing needs on a global level.

“Providing debt relief on interest payments would increase the availability of resources for development,” Alicia Bárcena emphasized. “In this area, there is an imperative need for debt relief in the Caribbean. ECLAC has advocated for financial support so that vulnerable economies in the Caribbean can generate resilience through an initiative to reduce their debt and the creation of a Caribbean Resilience Fund.”