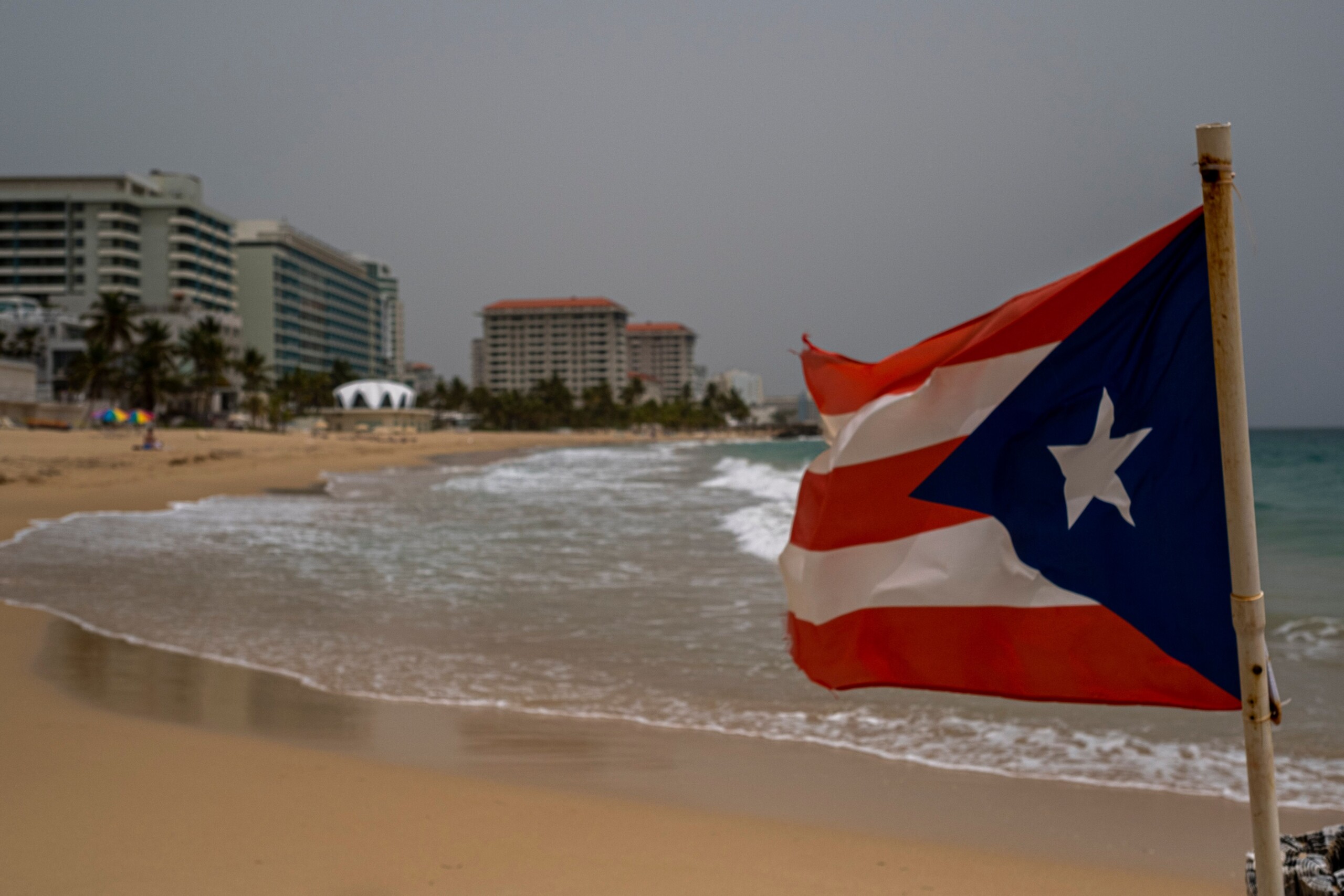 SAN JUAN — The campaigns of President Donald Trump and former Vice President Joe Biden are rallying people in a place where U.S. citizens cannot cast ballots but have the ear of hundreds of thousands of potential voters in the battleground state of Florida.

The candidates are targeting Puerto Rico in a way never before seen, with the U.S. territory suddenly finding itself in the crosshairs of a high-stakes race even though Puerto Ricans on the island cannot vote in presidential elections despite being U.S. citizens since 1917.

Campaigners know this, but they hope those on the island will push relatives and friends on the U.S. mainland to vote for them in a strategy that capitalizes on the close ties they share.

It’s a novel role that plays off the sentiment that Puerto Ricans in Florida feel they are voting by proxy for those back home left out of U.S. democracy,. And a growing number find this role appealing, especially since many on the island are struggling to recover from hurricanes Irma and Maria, a string of strong earthquakes, a deep economic crisis and the pandemic.

“I’m voting for three million Puerto Ricans on the island, including my entire family,” said Jerick Mediavilla, who is from the mountain town of Corozal and is voting in a U.S. presidential election for the first time after moving to Orlando four years ago. “Puerto Rico doesn’t have a voice. Our voice is via the United States.”

It’s people like Mediavilla that Democrats and Republicans are trying to target as they court Latinos in Florida, which has the largest population of Puerto Ricans in the U.S., with nearly 1.2 million. Trump won Florida in 2016 and has virtually no path to the White House if he doesn’t do so again. Polls are tight, and as the Trump campaign worries of support slipping among suburban and older voters, Latinos in Florida have become crucial.

Puerto Ricans represent 27 percent of Hispanics of voting age in Florida, trailing only Cuban-Americans. While it’s unclear how many are Democrats or Republicans, Democrats have widened the gap of Hispanic voters registered for this election over the GOP compared with 2016. The gains were in counties with a high number of Puerto Ricans including Orange County, home to Orlando, and Hillsborough, home to Tampa. Polk County, where the Puerto Rican population has more than doubled since 2013, saw the fastest growth of Latino registered voters, with Democrats registering 21,000 more voters than Republicans. The gap in 2016 was 15,000. But those same counties also have a very high number of voters registered without party affiliation.

Trump recently secured an endorsement from Puerto Rico’s governor and promised nearly $13 billion in additional aid last month to help the island rebuild from Hurricane Maria. During a recent rally in Florida, Trump declared: “I’m not gonna say the best, but I’m just about the best thing that ever happened to Puerto Rico. You better vote for me, Puerto Rico.” Many were quick to note that those living on the island don’t have that right.

Meanwhile, Biden granted an exclusive interview to Puerto Rico’s main newspaper that for the first time in its 50 years endorsed a U.S. presidential candidate and asked those in the U.S. mainland to support Biden: “We ask that you, with the great power of your vote, especially in key electoral states, help open the way to the transformation effort that will honor the dignity and promote the progress of every person.”

Biden recently launched digital and print ads on the island with the hashtag “HazloXMi,” or DoItForMe, urging Puerto Ricans to tell their friends and family on the U.S. mainland to participate: “With your vote over there, you help us here.”

“Both campaigns are doing it thinking this will bounce back to Florida,” said Carlos Suárez, a political science professor at the University of Florida.

It’s unclear whether the indirect campaign strategy will work, but Luis Gutiérrez, a former U.S. representative who served 26 years in Congress and now lives in Puerto Rico, called it a smart move.

Puerto Ricans “are always in contact. Why? Because whether you’re one of three million on the island or five million somewhere else, you’re part of one community,” the Democrat said. “If you are born in Puerto Rico, it will be part of your life until the last day.”

As the election draws near, pressure keeps growing on Puerto Ricans on the island and on the mainland.

A Florida political group recently created a song set to the tune of “Rakatá” by Wisin y Yandel, a renowned Puerto Rican reggaeton duo who first became popular in the early 2000s. The song encourages Puerto Ricans who moved to Florida to use their new voting power and hurl a “chancleta” or flip-flop at Trump to help those living on the island: “He doesn’t care one bit for Boricuas.”

Trump’s campaign has countered with ads highlighting the billions of dollars his administration has pledged to help Puerto Rico recover from Maria, a Category 4 storm that caused an estimated $100 billion in damage and killed an estimated 2,975 people in its aftermath. However, the administration withheld billions of dollars in emergency aid for months, saying it worried about mismanagement and corruption on the island.

Wyneska Méndez, who moved to Miami from Puerto Rico eight years ago, said she would not let fellow Puerto Ricans influence her decision, adding that Trump is the only choice to protect the economy. She especially likes that Trump feels strongly against abortion because of her Christian faith, and she believes Puerto Rico needed to get its affairs in order to receive the same kind of relief offered to U.S. states.

“I don’t let others get in my head,” Méndez said as she waited for a speech by Vice President Mike Pence on Thursday in Miami.

Dozens of Trump supporters who gathered Sunday in Puerto Rico for a rally shared her sentiment, saying the president has sent billions of dollars to help with hurricane reconstruction as they praised his pro-life stance.

Dr. Miriam Ramírez de Ferrer, a former senator and member of Puerto Rico’s pro-statehood party, said that Trump’s personality can be misinterpreted and that she believes he was joking when making comments about the island that critics have found offensive.

“There have been many erroneous messages from certain Puerto Ricans toward Trump, and we don’t want people to think that all Puerto Ricans are the same,” Ramírez said as she pulled down a face mask decorated with bald eagles and U.S. flags.

Despite the aid Puerto Rico has received under the Trump administration, Mediavilla and his brother, Omar, who lives in Puerto Rico, remain unswayed.

“It’s a great help, but really, in the end, I see it as a political strategy,” said Omar Mediavilla, adding that he is grateful his brother was motivated by the aftermath of Maria to support Biden. “They’re our voice carrying our complaints … It’s important that Puerto Ricans over there give us this opportunity.”

Some who live on the island remain wary of the campaigning to influence Puerto Ricans on the mainland.

Omar Soto, a production supervisor whose brother lives in Lakeland, Florida, said the strategies are pointless.

“It seems like there’s a tone of despair,” he said, adding that he believes it could backfire. “I think it’s disrespectful. We should have the option to vote for president.”