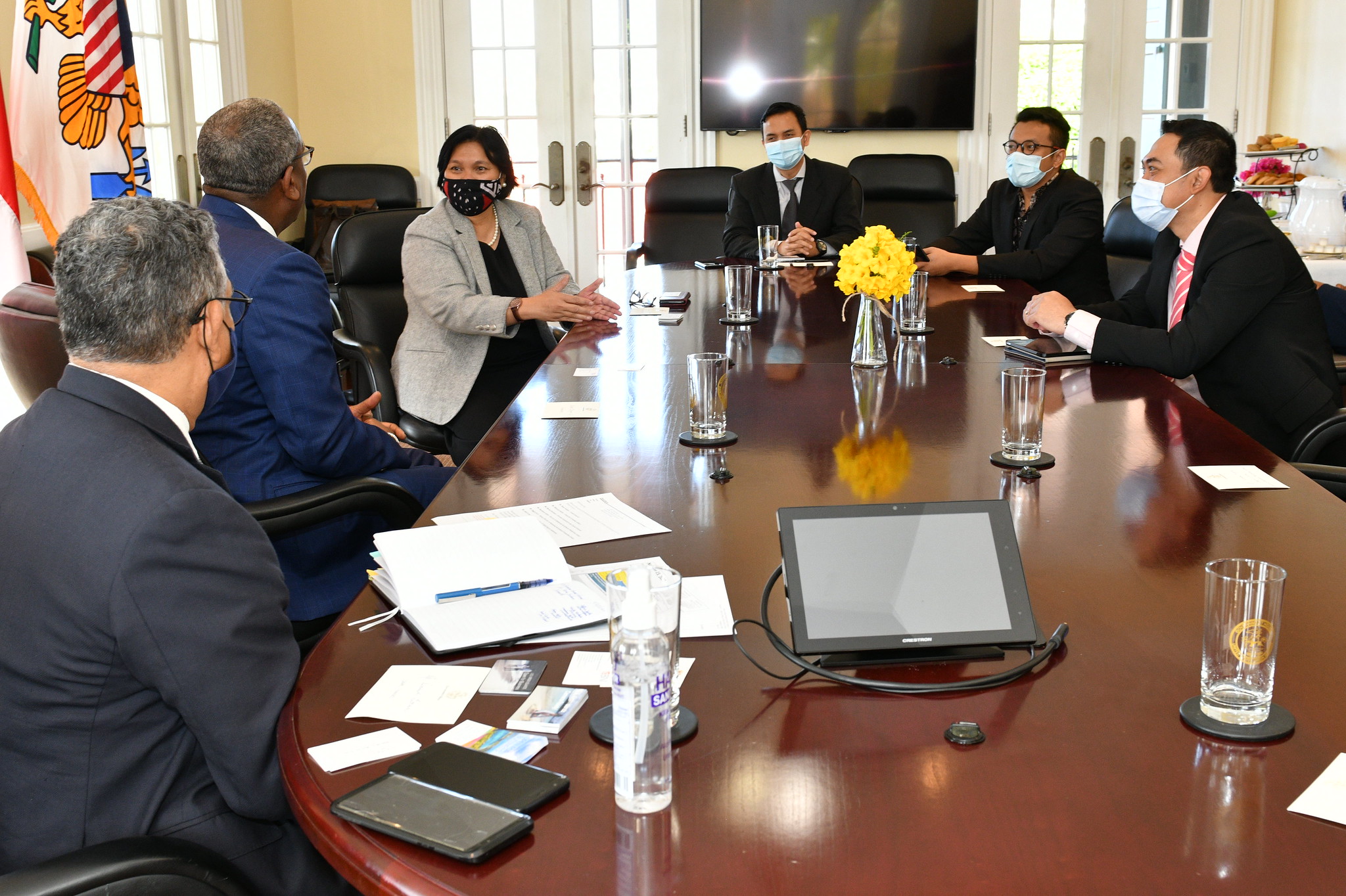 Dr. Nana Yuliana, consul general of the Republic of Indonesia, and her five-person delegation made their inaugural trip to the U.S. Virgin Islands from their home base in Texas.

Dr. Yuliana was assigned in September 2017 as Consul General in Houston, overseeing relations in 10 southern states — from New Mexico to Florida — the U.S. Virgin Islands, and Puerto Rico.

Her office is focused on the promotion of trade, tourism, investment, people-to-people connectivity such as university-to-university networks and exchange of professors, and protection and safety for Indonesians living within her jurisdiction.

During the visit, Governor Bryan and Consul General Yuliana discussed Indonesian opportunities for investment and trade in the territory.