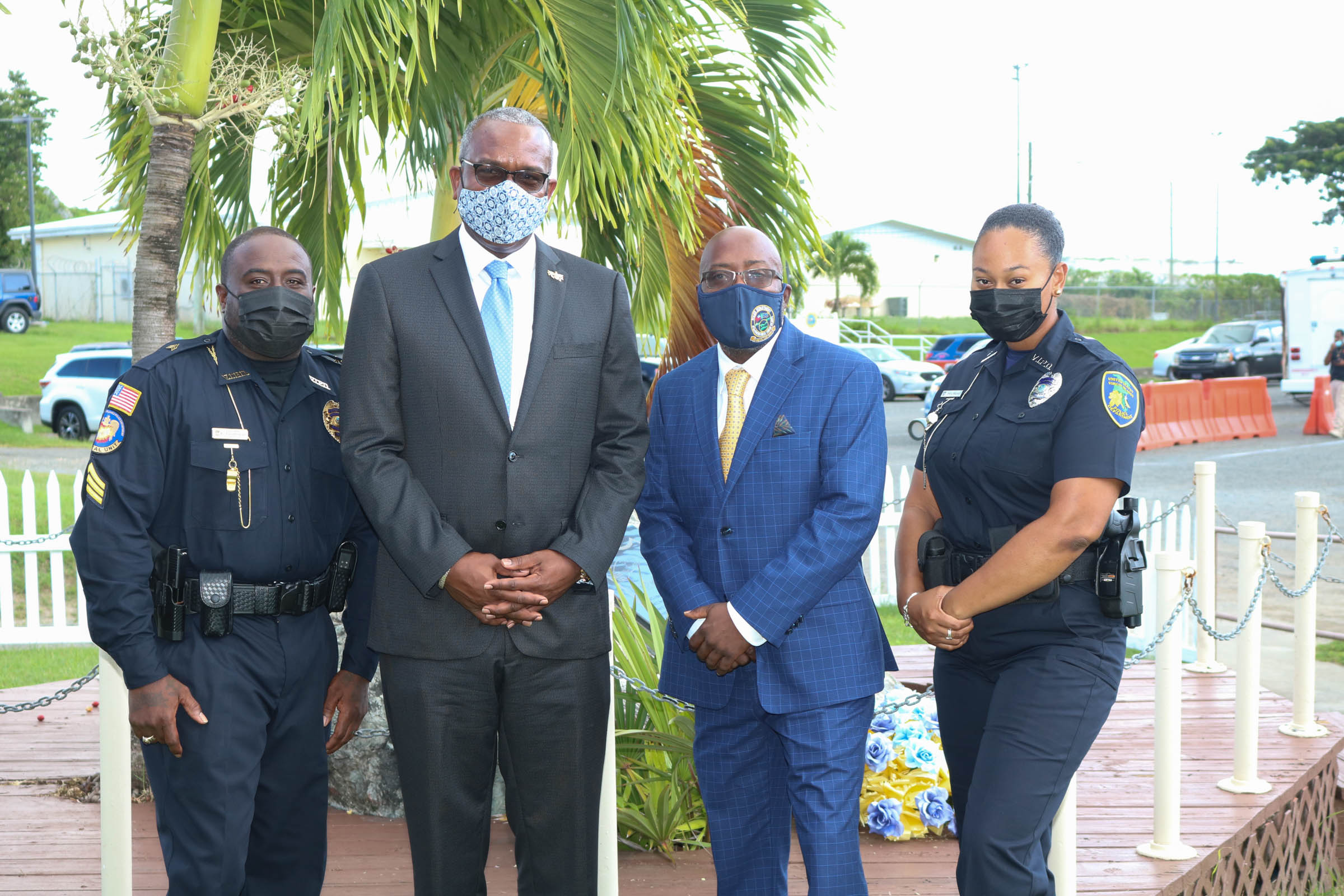 FREDERIKSTED — Virgin Islands Police Department officers donned their new uniforms in what was dubbed a “reveal” on social media.

The actual display of the uniforms took place behind the modular offices of the Bureau of Motor Vehicles in Estate Golden Grove on Thursday afternoon.

Police top brass and rank and file were joined by Governor Albert Bryan and Police Commissioner Trevor Velinor as they showed off their new duds.

“We are changing our uniforms!” the VIPD said on Twitter. “Take a peek at how they will look!”

The new uniforms are a dark navy blue for the shirts and slacks — and gone is the yellow stripe running down the outside of the pants.

Where the modeling of the new uniforms took place is actually the former site of the police department’s headquarters in Golden Grove, which were ravaged by Hurricane Hugo in 1989 and then by Hurricane Marilyn in 1995.