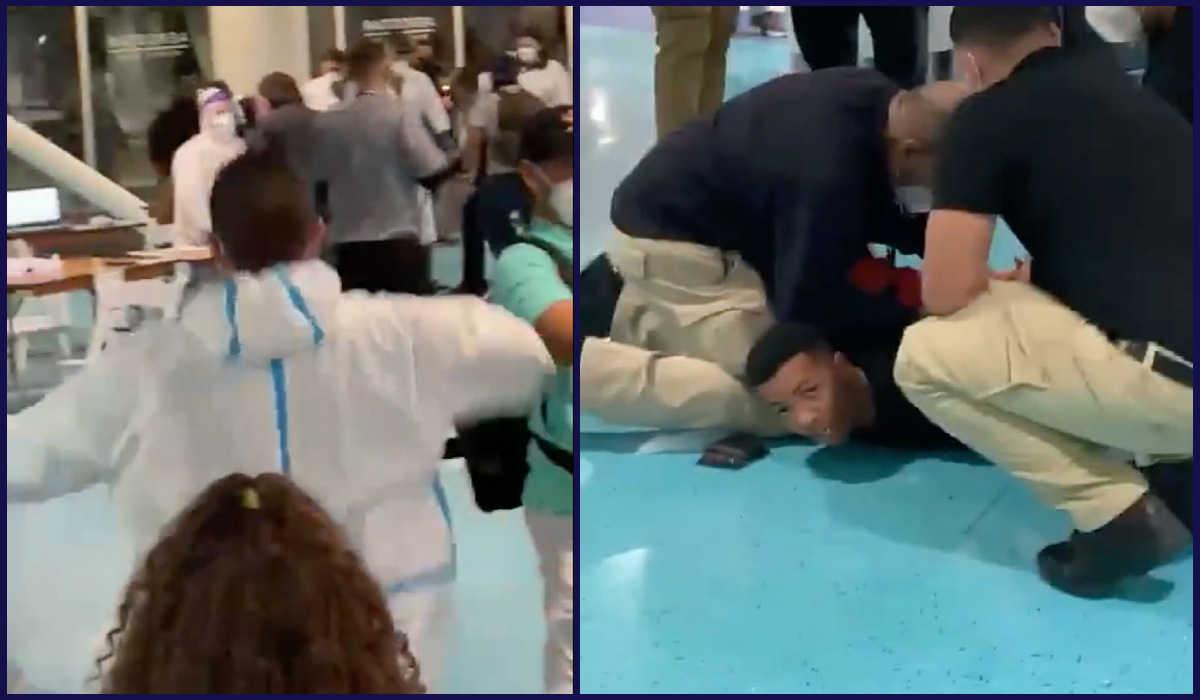 SAN JUAN — An impaired man has been arrested on suspicion of assault after attacking a Department of Health employee at Puerto Rico’s Luis Muñoz Marín International Airport this past weekend.

The victim was attacked by Adrien Williams after he asked him to put on a face mask and complete a mandatory health declaration before leaving the baggage reclaim area.

The aftermath of the assault, which occurred at around 10:15 p.m. Saturday, was captured on cellphone video as passengers and hazmat-suited healthcare workers ducked for cover.

Williams may not have realized that Puerto Rico National Guardsmen have been assisting the enhanced health screening at the airport.

Puerto Rico governor Wanda Vázquez Garced has imposed stringent entry requirements on new arrivals because of the COVID-19 pandemic. Along with providing a negative test result dated within 72-hours of travel, passengers must also complete a health declaration, submit themselves to agents and wear a face mask at all times in public.

Passengers can still enter Puerto Rico without a negative test certificate but they must then go into quarantine for a full 14-days.

The victim, who has been identified as Nelson Juarbe, says Williams ignored instructions to put on a face mask and refused to provide personal details as required by law. He then allegedly launched an attack at the victim’s face before he was subdued in a melee that sent chairs and desk flying.