Ever wonder why you see those “Free Tibet” bumper stickers on peoples’ cars?

For Liberals it used to be “End Apartheid” — a bumper sticker that you can still see on Danny Glover’s fridge in the movie “Lethal Weapon.”

But in the year of Nelson Mandela’s death — Apartheid was dead but the reason to “Free Tibet” is not.

One reason Tibet deserves to be a free and independent nation – free and apart from a China that controls it — is that it is the historical home of the Dalai Lama. A Dalai Lama who currently is forced to live in exile in northern India — and who has chosen his rightful successor — but now HE can’t be found — he was disappeared from Tibet nearly 20 years ago — and was last seen in the hands of the Chinese.

Or can they be?

A little background might help. The Dalai Lama is: the Buddhist spiritual leader from Tibet. More specifically — to about 20 million Buddhists — he is the “Pope” of their religion. They believe that he is the living reincarnation of the first Buddha, born Siddhartha Gautama.

Great Wall of China. So where’s the problem?

The problem is: The Dalai Lama (which means “High Priest” or literally “ocean guru” in Mongolian) chose his legitimate successor — and, uh, well — the Chinese government “vanished” him three days later.

Well, that was 1995 — when the once and future Dalai was just six years old — 26 years later nothing has changed. Or nearly nothing. At least as far as we know.

Because when it comes to “transparency,” the Chinese government is always on high smog toxic alert.

What do you mean by “nothing?” Well, you might say: “nothing” if you feel that the 376 million people worldwide who practice Buddhism don’t add up. It is only about one-third the size of the Holy Roman Catholic Church. And the number of Buddhists who follow Tenzin Gyatso, the 14th Dalai Lama — could fit inside the New York City metropolitan area.

So we’re NOT talking about a lot of religious people here — only about 20 million — give or take a few.

But what if, prior to Pope Francis of Argentina succeeding Pope Benedict of Germany, the government of Italy decided to kidnap Jorge Mario Bergoglio from St. Peter’s Basilica inside Vatican City — and not only kidnap him and make him disappear — but also Jorge and all of his immediate Bergoglio family members?

Sounds like something out of “The Sopranos.” Or “The Gotti Files.” And that’s exactly the scenario the 85-year-old Dalai Lama (born Tenzin Gyatso) finds himself in today.

If you have seen the brilliant documentary “10 Questions for The Dalai Lama,” then you have a better understanding of what happened to six-year-old Gedhun Choekyi Nyima a person human rights experts used to call “the world’s youngest political prisoner” — only the movie suggests that neither he — nor his relatives — are still with us.

So they ended up like that guy who accidentally bumped his car into John Gotti’s school-age son in Howard Beach, Queens — and then disappeared in a van four months later — never to be heard from — or seen — again.

If you ask the Chinese government, as the United Nations Council on Human Rights did in 2007 — Beijing said that the then 12-year-old Panchen Lama — as the successor to the Dalai Lama is known — was a healthy and growing boy.

“Gedhun Choekyi Nyima is a perfectly ordinary Tibetan boy, in an excellent state of health, leading a normal, happy life and receiving a good education and cultural upbringing. He is currently in upper secondary school, he measures 165 cm in height and is easy-going by nature. He studies hard and his school results are very good. He likes Chinese traditional culture and has recently taken up calligraphy. His parents are both State employees, and his brothers and sisters are either already working or at university. The allegation that he disappeared together with his parents and that his whereabouts remain unknown is simply not true.”

The part about his brothers and sisters “EITHER WORKING OR AT UNIVERSITY” must be one of those lost in translation bits — because it reads ominously today as if what we suspect to be true — is true.

Seven years later — when “the boy” should be at least twenty-five years old — if he is still alive at all imprisoned somewhere — there is simply no credible report! Imagine if Italy had done the same thing with Pope Francis — can you imagine the uproar? It might have caused even Mussolini to turn over in his grave — and most certainly would have triggered a brief World War III — with Rome bearing the brunt of a few Tomahawk missiles.

Instead, because it is China – where the record on Human Rights — is, shall we say “compromised” at best — no one says nothin’ at all — and gets away with it! In fact, everyone right now was talking about the Olympics in Russia, another place that is a total stranger to the Rule of Law.

To make matters worse, the Chinese government, citing Emporer Qing from 1735 (when a Dalai Lama was once chosen by a lottery drawing the names written on barley leaves from a golden urn) installed their own Panchen Lama six months after they made the legitimate one disappear from Tibet — and his name is Gyaincain Norbu.

Some magic trick. So as it officially stands — who will be the next Dalai Lama is officially in “dispute.” Like what happened in Tiananmen Square that the Chinese people can’t read about because the government has whited out most of the Internet there.

This “dispute” was executed by the Chinese government in lands they control near the Himalaya Mountains — where they allegedly kidhapped Gedhum Choekyi Nyima from Tibet — along with him and every living immediate family member.

Ocean Guru of Buddhism — and if there is — it might even be a woman this time — but it will definitely not be someone “reborn” in a country controlled by the Chinese, he insists.

That means Tibet — the homeland of the current Dalai Lama and every “enlightened one” since Buddhism began (except the 3rd Dalai Lama who was born in Mongolia) — is out. Places inside the Tibetan cultural beltway; however — India, Nepal and Bhutan — are in. That is — unless we can “free Tibet” — which seems unlikely at this point.

So the next time you see a “Free Tibet” bumper sticker on a car in front of you, don’t allow your karma to run over my dogma.

Or something like that — just remember that China has re-written the book on Human Rights when it comes to the Dalai Lama and Tibet.

Now and Zen, you’ll be right. 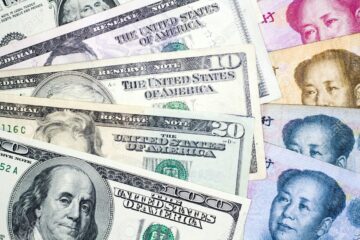