According to court records, U.S. Customs and Border Protection (CBP) interdicted a vessel traveling from the area of Culebra, Puerto Rico towards St. Thomas at about 9:10 p.m., without navigation lights.

Davila captained the vessel with no passengers aboard. CBP boarded the vessel and discovered in excess of $100,000 in vacuum-sealed plastic bags.

The government charged Davila with concealing and conspiring to conceal currency in excess of $100,000 on board a vessel outfitted for smuggling.

If convicted, Davila faces a maximum sentence of 15 years’ incarceration.
This case is being investigated by Homeland Security Investigations (HSI).

It is being prosecuted by Assistant United States Attorney Everard Potter.

Shappert said a criminal complaint is merely a formal charging document, and it is not in and of itself evidence of guilt. 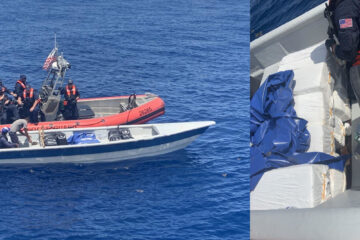