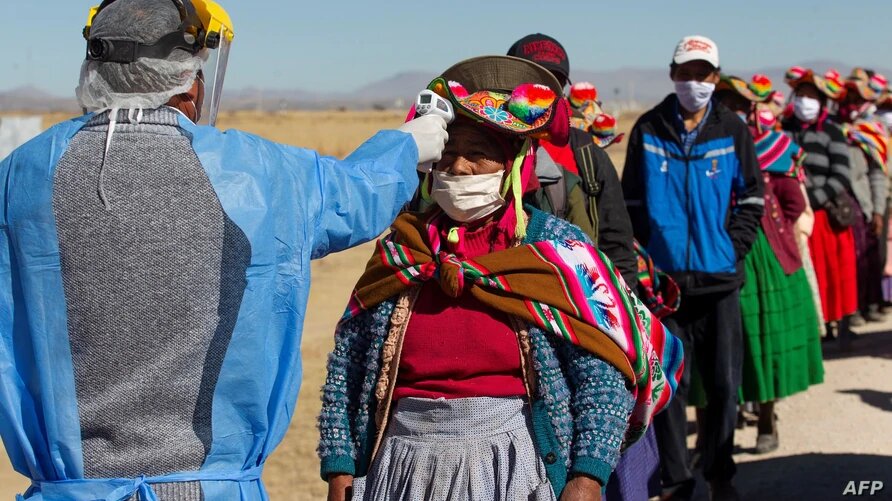 When the economies of the Caribbean and Central America finally exit the pandemic, most will be in crisis. As a recent [International Monetary Fund] IMF review of The Bahamas put it, recovery to pre-pandemic levels “will likely take years” and the “downside risks loom large.”

The same prognosis is expected to apply to virtually every nation in the region other than those with newfound oil and mineral reserves. So much so that the IMF suggests it will be as late as 2023 when output recovers, and 2025 when per capita GDP rebounds and pre-pandemic levels of employment, production and the revenues necessary to underwrite social provision are restored.

In response, some in the region have called for a modern equivalent of the 1948 Marshall Plan which saw the U.S. transfer billions of government dollars to Western Europe to support post-war recovery, and as a bulwark against the then Soviet Union.

In some respects, the parallels are close — the Caribbean and Central America form a vital element of U.S. national security — but in others, they are not, as today most western governments regard the private sector as the principal driver of sustainable growth.

“There’s no longer a bright line between foreign and domestic policy”…“the U.S. cannot afford to be absent any longer on the world stage,” he told U.S. diplomats in a speech at the State Department. “When we invest in economic development of countries, we create new markets for our products and reduce the likelihood of instability, violence and mass migrations”.

In the coming months, these themes will be fleshed out in a hemispheric context. Already, Washington’s think tanks and lobbyists are seeking to inform the policy announcements that are expected to be made at April’s virtual Summit of the Americas. Governments in the Caribbean and Central America, close to the new administration, are also making suggestions.

What is missing is the voice of private sector leaders in the Caribbean, Central America and the U.S. who in the real world will have to drive post-pandemic economic recovery.

Put bluntly, this is the moment when influential private sector leaders from the region and the U.S. should be doing more. They need to make their voice heard by the legislative and executive branches of the U.S. government and ensure that there is substantive Caribbean participation in the CEO summit that will accompany the U.S.-led government encounter.

Unfortunately, having the region’s corporate voice heard in a sustained manner is no longer straightforward. There is no obvious private sector-led institution in Washington related exclusively promoting a hands-on Caribbean and Central American agenda.

In the 1980s, the U.S.-Caribbean Basin private sector relationship was catalyzed by Caribbean Central American Action (CCAA). At the time, President Carter and then President Reagan had come to recognize that a part of the answer to their security concerns lay in stimulating regional economic development and creating new employment. Both administrations understood that if this were to happen, business leaders had to be involved.

Responding, CCAA brought together and took to the White House small groups of U.S. and regional business leaders and with their support went on to significantly influence U.S. policy through ideas, initiatives, events such as the annual Miami conference, and regional dialogues that promoted practical solutions that governments, agencies and institutions were able to support.

Despite CCAA being no more and the world being very different, those who fashioned these original private sector initiatives believe this is the moment when a new private sector-led post-pandemic initiative, with its genesis in the region, is required.

“There needs to be a coming together of the best private sector leaders from all sides. The Caribbean and Central America must build its own advocacy and constituency in Washington, but the impulse must first come from the region,” Peter Johnson, CCAA’s first executive director recently told me.

He feels that recovery from the pandemic poses many of the same problems, and that a small high-level group of private sector leaders from the Caribbean and Central America should be meeting now with their U.S. counterparts.

Developing a 21st century U.S. initiative for the Caribbean Basin “will take vision and courage,” he says and will need new players with an interest in positive economic outcomes for the region. He also advocates involving the U.S. Congressional Caucus on the Caribbean, based on its strong diaspora ties.

In the past, when corporate leadership was largely exercised across the Caribbean and Central America by family-controlled businesses, the value of investing time and resource in strategic lobbying was more easily achieved. Today, finding champions is less easy when for the most part, especially during a pandemic, corporate boards are reluctant to authorize such activity.

That said, it is not hard to identify individuals among today’s Caribbean and Central American private sector leaders who are thoughtful, successful, outward looking, run businesses that are invested in the U.S., the region and elsewhere, understand the value of lobbying, and have close contact with legislators of regional heritage in the U.S. Congress.

What is so far missing and now much needed is a well-connected U.S. private sector leader and a convener who understand the importance of the mutually reinforcing economic relations. That is, someone with political reach who can explain how a new business-related initiative for the Caribbean and Central America might address both growth, investment, trade and employment and the Biden Administration’s wider concerns about migration, global warming, security and U.S. domestic economic recovery.

Editor’s note: David Jessop is a consultant to the Caribbean Council and can be contacted at www.david.jessop@caribbean-council.org

The views and opinions expressed in the “View from Europe” are those of the author and do not necessarily reflect those of The Caribbean Council or the Virgin Islands Free Press.