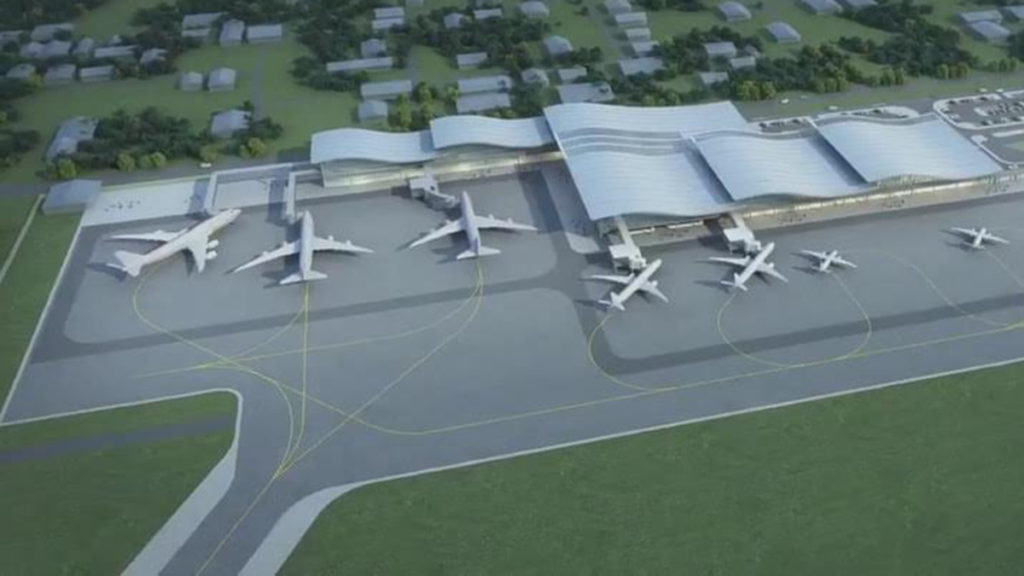 SCARBOROUGH — A total of $176.9 million will be spent on the construction of a new airport terminal in Tobago, along with an upgrade of existing facilities and the acquisition of land in Crown Point to complete the expansion.

He revealed that $5.3 million would be spent to upgrade the existing airport terminal while the new terminal would cost $128,750,430 million. Some $44.4 million has been allocated by Government for the acquisition of 53 acres of land between Store Bay Local Road and the airport perimeter fence in the Bon Accord area.

The project, which was awarded to China Railway Construction Caribbean Ltd, is expected to take a year to be completed – four months for design and 20 months for construction.

Imbert said China Railway’s bid was the only compliant bid at the end of the tendering process. He said Government is satisfied it is getting value for money as the bid was in line with the engineers’ estimated construction cost.

Regarding the land acquisition process, the Finance Minister said ACQ and Associates is negotiating and settling with tenants on behalf of the State. He assured that residents will be compensated “in a timely manner”.

The airport expansion project will include the development of a new terminal building with associated airside and landside infrastructure.

The operations of the existing building will be maintained during this period to avoid any disruption to the services currently being provided.

Imbert assured that this would mean an improvement in the current quality of service provided.

Stressing the importance of the expansion works, Charles said visitors to the island must be captivated by the island’s natural beauty, as well as the quality of the available facilities and systems.

He said the facility will be the island’s “runway of opportunity and the gateway connecting us and the rest of the region”.

“The expansion of the ANR Robinson International Airport will also have a positive effect on domestic travel between Trinidad and Tobago. Our airbridge is a lifeline for so many of our citizens.

Frequently utilised on weekends by Tobago students pursuing studies in Trinidad as well as those conducting business between both islands on a regular basis and occasionally by citizens who work away from home.

Noting additional benefits in the possibility of increased airlift, he said it was important that comfort and convenience is improved for commercial passengers.

The Chief Secretary said the project was also of immense value to the people of Tobago as it would provide jobs and a new access road.

When the new terminal is completed, the existing terminal will be used as a cargo facility and private jet terminal.

Several improvements are expected, among them, a state-of-the-art passenger terminal that will ensure that international passengers no longer have to walk in the rain as a passenger bridge with a covered area will be installed.

The first phase of development on the project will see the terminal equipped with a capacity to serve a minimum of three million passengers.

An expanded and refurbished domestic arrivals and departure area, fully enclosed and air-conditioned security line area, a VIP diplomatic lounge, and additional baggage equipment will also be included in the new terminal.

The terminal will be able to accommodate five wide-bodied aircraft (AA 330, Boeing 747 and ATRs) at the same time.

And, when completed, the new facility will be able to boast of leadership in energy and environmental design.

The Finance Minister noted that the upgrades were urgently needed as it was “a long time” since significant works had been carried out at the airport.