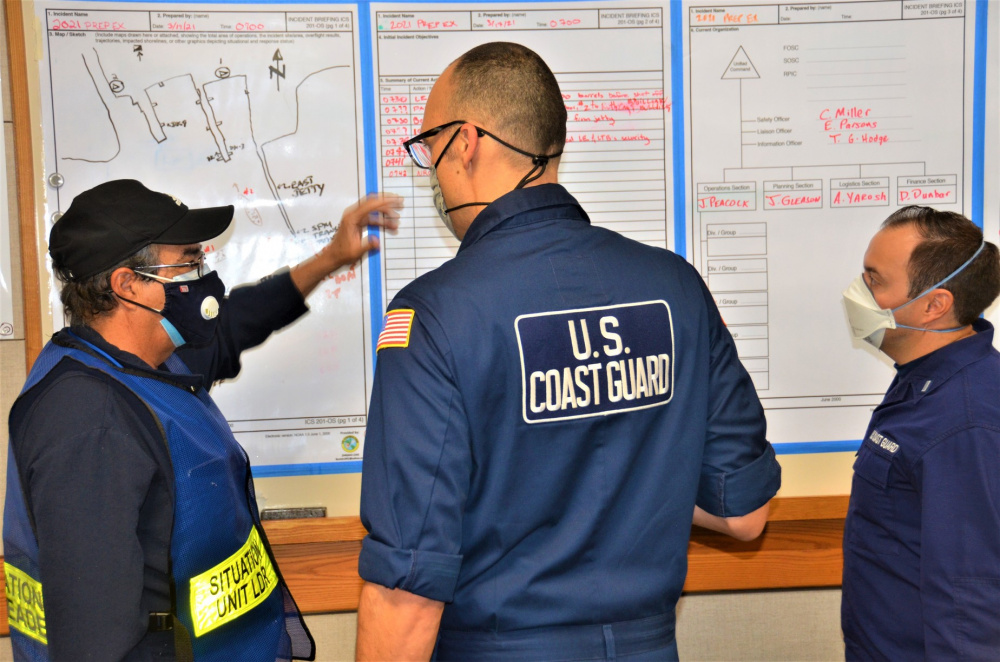 The government-led exercise is a part of the National Preparedness for Response Exercise Program (PREP) required under the Oil Pollution Act of 1990.

“These exercises are of the upmost importance to the collective preparedness and readiness of federal, local and industry emergency responders in cases involving a major pollution incident or a natural disaster in the U.S. Virgin Islands,” said Capt. Gregory H. Magee, Commander of U.S. Coast Guard Sector San Juan. “The people of the U.S. Virgin Islands deserve the best plans and response to any given incident. To achieve this, it is crucial our Area Contingency Plan remains current and that our response community stays proficient in the execution of the plan during a real world incident.”

“Limetree Bay appreciates the continued partnership with the U.S. Coast Guard, as we work to further our commitment to occupational safety and environmental stewardship,” said Jeff Charles, Limetree Bay Vice-President of Terminal Operations. The restart of operations at Limetree has been made possible through a collborative relationship with our government partners, and investment in state of the art equipment and upgrades. This week’s exercise is an important component of Limetree’s comprehensive commitment to environmental protection and the health and safety of our employees, and the St. Croix community”.

The goal of the exercise is to evaluate the ability of the response organization in utilizing the National Incident Management System (NIMS) Incident Command System (ICS) as a response management system to form a Unified Command (UC) and provide a competent response and initial assessment of the potential impacts of an oil spill. The exercise also seeks to validate the Limetree Bay Facility Response Plan and current notification procedures and processes listed in the Area Contingency Plan (ACP) emergency responders are to follow during an oil pollution incident in the U.S. Virgin Islands.

Emergency response equipment and vehicles that will be deployed to the Limetree Bay facility from federal, local and industry emergency responders include tug-boats, skimming vessels and oil containment boom.

The Coast Guard was faced with a real oil spill situation near Limetree Bay refinery in August.