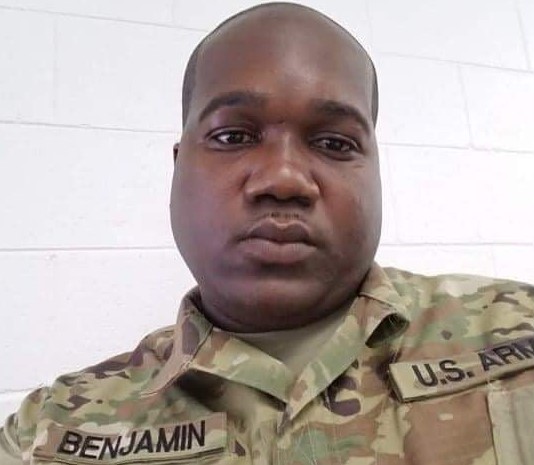 FREDERIKSTED — A U.S. Army veteran was ambushed by a gunman inside his St. Croix residence late this morning, according to the victim’s own dying account of the fatal event.

Ian Benjamin, Sr. 38, of Carlton, was identified by next of kin as the gunshot victim, the Virgin Islands Police Department said.

Police are investigating the death of Benjamin as a homicide, not a suicide VIPD spokesman Toby Derima said.

“The victim reported he was shot by someone,” Derima told the Virgin Islands Free Press tonight, referring to the fact that the shooting victim himself called in his own 911 emergency.

The 911 Emergency Call Center received a call from “an adult male” at 11:17 a.m. today saying that he has been shot at his residence in Estate Carlton, according to the VIPD.

Benjamin was transported via ambulance to the Juan F. Luis Hospital & Medical Center, where he succumbed to his injury, police said.

In a prepared statement to the press, police said that they are investigating the “fatal wounding” of Benjamin with no mention of a gunman or gunmen entering his home.

Benjamin was reportedly a member of the Virgin Islands National Guard (VING).

People reacted with shock and grief on social media to the news of Benjamin’s death today.

“I really and truly Dnt even no what to say at this moment cause u is one man I could say that Dnt trouble ah soul yo rasss wa the life of a party who Me Nikita Charles and Rasheema Satney gone laugh afta wen you playin at a party.” Lfifteen Saddler said. “Mehn wen the riddim goin fast n u goin slowwwww like my Boi wyd I gah give u some riddim mehn lol every time u see me you will always scream out LLLLLL u geh dem jus send on one to me and I dos always seh again I tired of u nw man yo reply was waaaa I swear u was my Boi mehn Ian Benjamin yo rass gun b miss bad eno no lie.”