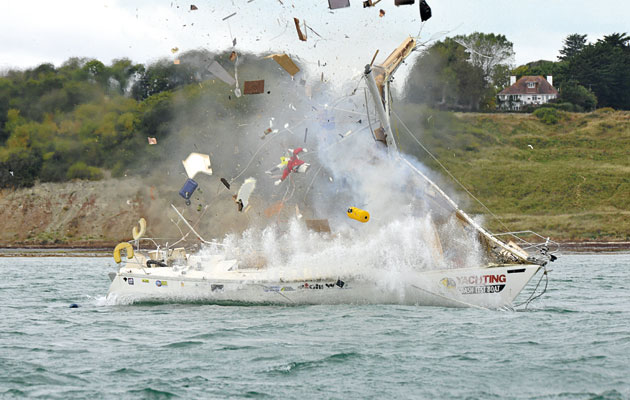 “Police officers and Virgin Islands Fire Service personnel traveled to the vessel, the Carpe Aura, with the assistance of the Westin Resort ferry crew,” VIPD spokesman Toby Derima said. “Witnesses aboard the Carpe Aura reported hearing the vessel’s engine start, followed by a clicking noise, then the explosion of the engine.”

Two men onboard the charter yacht were injured and taken to the Schneider Regional Medical Center by ambulance for treatment of “various injuries, ranging from broken bones, lacerations, and burns.” Derima said.

Each man was listed in stable condition when this report was published.

The U.S. Coast Guard also responded to the scene of the accident, according to social media reports.

This incident is currently under a joint investigation by the VIPD and the Virgin Islands Fire Service (VIFS).

CYOA Yacht Charters is based in Honduras, St. Thomas and was mentioned on social media in connection to Friday’s incident.