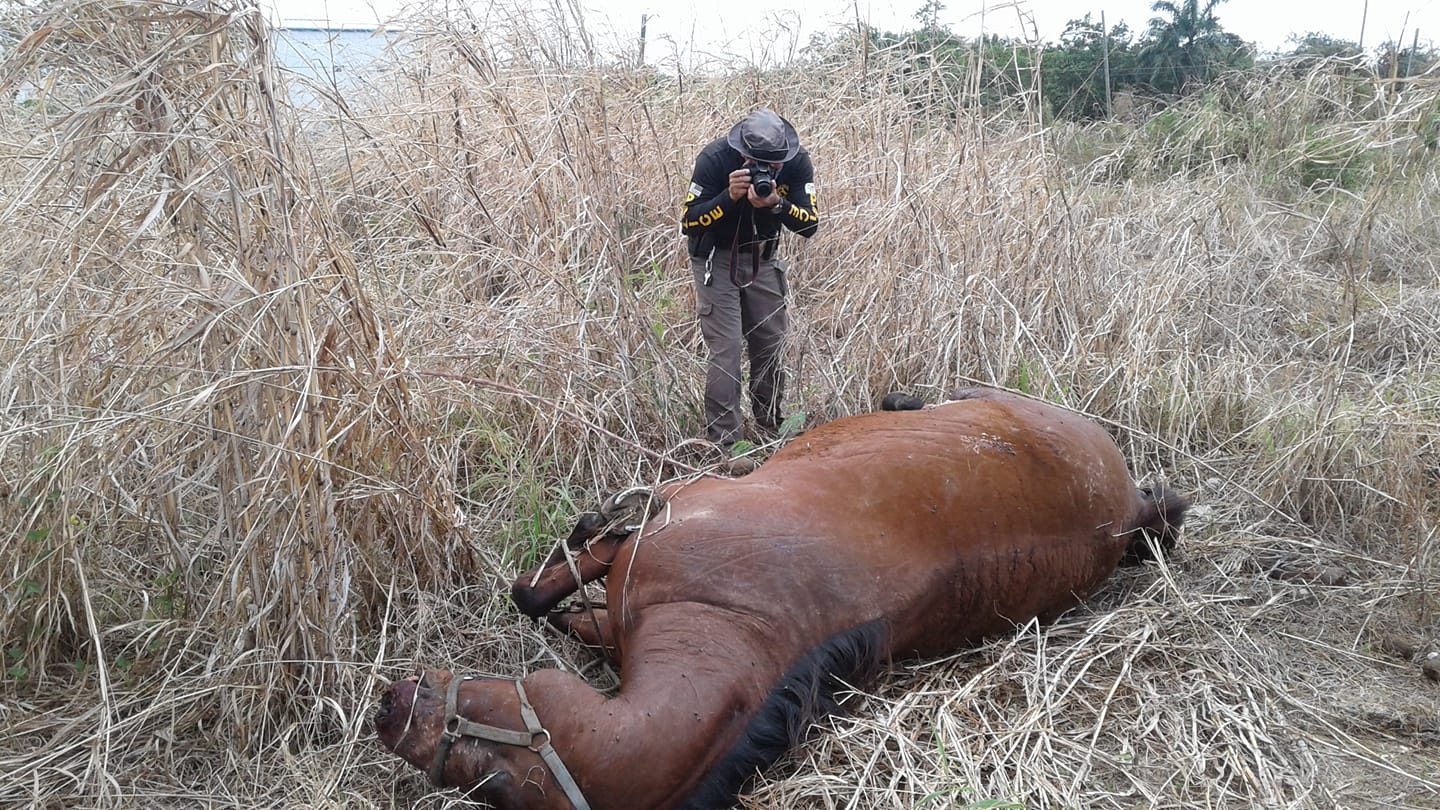 CHRISTIANSTED — The animal cruelty Investigator from the Virgin Islands Police Department wants the public’s assistance in locating the person or persons responsible for killing a horse over the Easter holiday weekend.

Police say on Monday, they responded to a report concerning the horse. They say they then located the deceased horse west of Christiansted and determined that it looked like it had been killed by stabbing.

The owner of the horse came to the Anselmo Marshall Command in Christiansted to report that their horse was killed, according to the VIPD.

“The owner of the horse reported that on April 3, at around 5:30 p.m., he tied the horse in a field in Estate Richmond,’ VIPD spokesman Toby Derima said. “He returned to the field the next morning, at around 6:30, to find the horse dead with what appeared to be stab wounds about its body. The horse’s owner stated that he doesn’t know who would harm the horse, or why someone would do that.”

The VIPD Animal Cruelty Investigator is asking the nearby community in the Estate Richmond area to provide information by calling 911, or anonymously to Crime Stoppers USVI at (800) 222-TIPS.