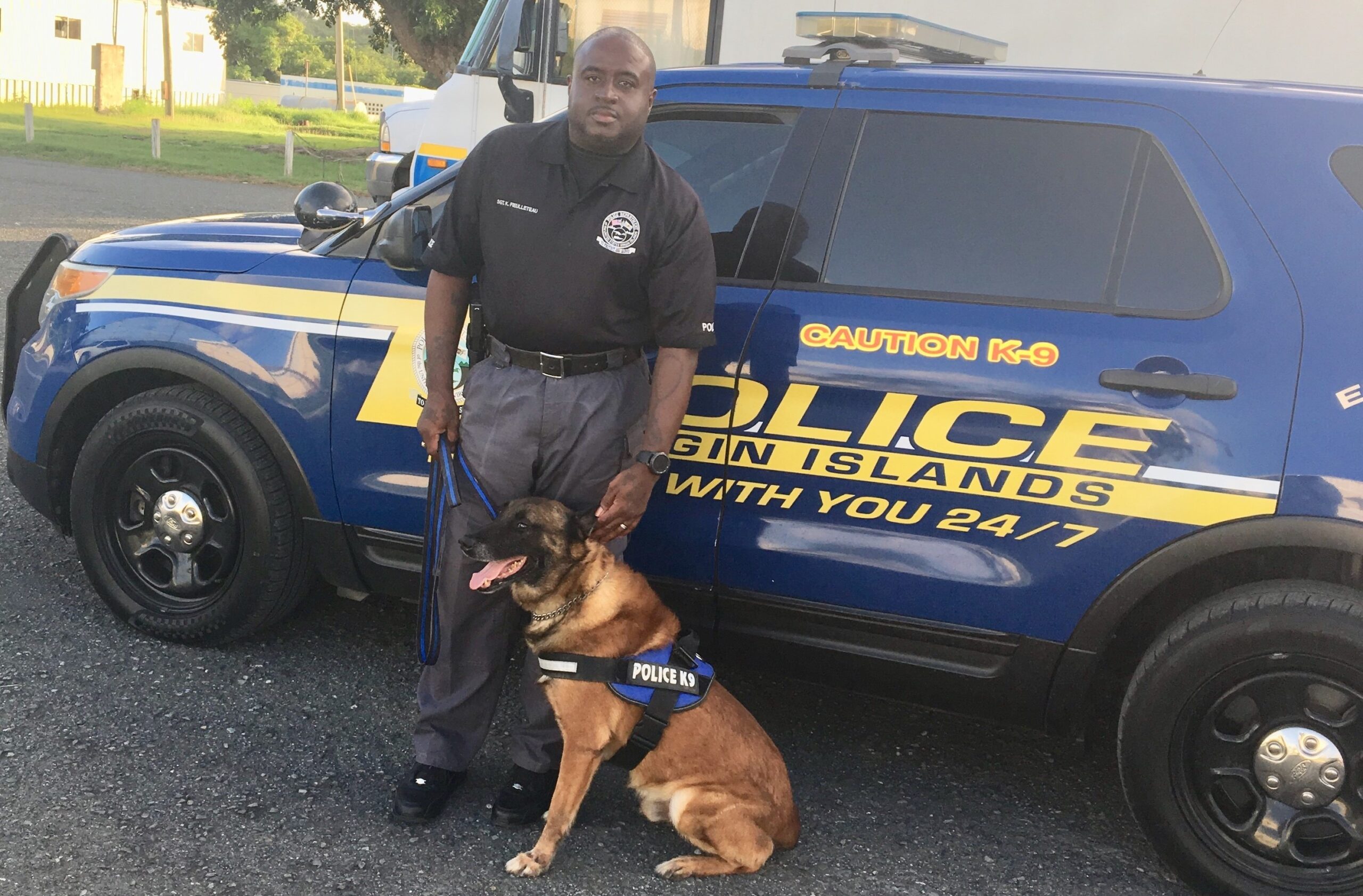 V.I. Industrial Services of Estate Diamond Ruby contributed $14,295 so that the Virgin Islands Police Department could get a K-9 officer.

K-9 officers typically cost $12,000 on the U.S. mainland, which does not include the dog’s training.

“The initial cost for the training of the dog for patrol and detection is another $11,000,” the American Kennel Club said. “Therefore, the total cost to purchase and initially train one police dog is approximately $22,500.”

Human law enforcement officers need to be a special type of person, and police dogs must be a special type of dog. These impressive animals come from generations of dogs specifically bred to perform the complicated tasks that police dogs are required to accomplish. Generally speaking, this isn’t something all dogs are able to do, and that’s why we usually see just a few specific breeds being trained as police dogs.

The following breeds are popular choices to be trained as police dogs:

Perhaps the most popular discipline of the police dog is suspect apprehension. Police dogs are trained to bite dangerous suspects and hold them hostage. In many situations, they are the first ones to put their lives on the line and go in against an armed suspect to protect their human partners. Most apprehension dogs are herding breeds, such as the Belgian Malinois, German Shepherd Dogs, and Dutch Shepherds. For hundreds of years, herding breeds have been bred to have the physical strength and intelligence needed to work with their owners to herd livestock — qualities they also need to restrain a dangerous person. That said, they must be stable dogs, with the ability to know when someone is a threat and to act solely on the command of their handlers.

It’s no secret that dogs have an amazing sense of smell. Dogs have 225 million scent receptors in their noses (compared to a human’s five million), and we use this ability of theirs to our advantage when fighting crime. When it comes to criminal activity, dogs are often taught to detect various drugs, explosives, accelerants (when investigating arson), and other crime scene evidence. The dogs are able to perform their tasks anywhere and are most commonly searching airports and border entries for explosives and illegal drugs, large events for explosives, and even civilian vehicles that have been pulled over. Military dogs are also trained to detect landmines, in order to protect their handlers and personnel from danger.

A large part of police work is searching for lost victims, whether it’s someone who has been kidnapped or a missing person who has gotten lost. In the case of search and rescue, dogs can be trained to find living victims and the remains of deceased humans. They are able to search through rubble after a devastating explosion, earthquake, or other disaster. They are able to cover miles and miles of forest looking for a lost hiker or someone buried after an avalanche and can even locate the bodies of drowned victims underwater in oceans and lakes. The ability of dogs to cover large areas in a relatively short period of time provides a great resource when looking for victims. Although human searchers play an important role that can’t be replaced, search and rescue dogs are able to get the job done with unique precision.