Are we truly alone in the universe? You and I might not know the answer to that question, but a handful of people at the highest echelons of government have started to publicly talk about how seriously they take aliens.

Former Senate Majority Leader Harry Reid has been particularly vocal about this.

“The federal government all these years has covered up [important information about UFOs], put brake pads on everything, stopped it,” Reid said in The Phenomenon, a came out in October. “I think it’s very, very bad for our country.”

Haim Eshed, who used to helm Israel’s Defense Ministry, came forth with even more jaw-dropping claims in December. He told Yediot Aharonot, an Israeli newspaper, that humans have made contact with aliens, and even formed a “galactic federation.”

“There is an agreement between the U.S. government and the aliens,” he said. “They signed a contract with us to do experiments here.” He also claimed that there’s an “underground base in the depths of Mars” that hosts both American astronauts and extraterrestrial representatives to the aforementioned galactic federation.

Eshed, who ran Israel’s space program for almost 30 years, is perhaps the highest-ranking official in the military-industrial complex to make the case that humans are in contact with aliens. In the United States, no top official has said definitively that aliens are among us, but John Brennan, who ran the CIA during the Obama administration, is asking some pointed questions. “Life is defined in many different ways,” John Brennan said in a conversation with economist (and podcaster) Tyler Cowen that was released Wednesday. “I think it’s a bit presumptuous and arrogant for us to believe that there’s no other form of life anywhere in the entire universe … Some of the phenomena we’re going to be seeing continues to be unexplained and might, in fact, be some type of phenomenon that is the result of something that we don’t yet understand and that could involve some type of activity that some might say constitutes a different form of life.”

In other words, some of the UFO stuff could be aliens.

Brennan’s claims are far more tame than what Eshed is positing. But he does seem, at very least, open to the idea that alien civilizations might be behind some of the stranger phenomena in our skies. “I’ve seen some of those videos from Navy pilots, and I must tell you that they are quite eyebrow-raising when you look at them,” Brennan said. But he maintains that he doesn’t know anything for sure.

NASA is having none of this, though. In a statement given to NBC News in response to Eshed’s bombshell assertions, a spokesperson for the space agency said, “Although we have yet to find signs of extraterrestrial life, NASA is exploring the solar system and beyond to help us answer fundamental questions, including whether we are alone in the universe.” Make of that what you will.

Naturally, former President Donald “Space Force” Trump is part of Eshed’s story. Trump was, according to the Israeli, “on the verge” of revealing the existence of aliens to the general public, but was stopped by the galactic federation in order to “prevent mass hysteria.” It’s too bad that one of Trump’s last acts as president — maybe after preemptively pardoning Ivanka’s pet hamster — hadn’t been to declare extraterrestrials authentic — it would have been the Coup de grâce to his failed Coup d’état on January 6. 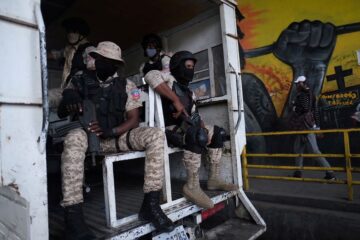 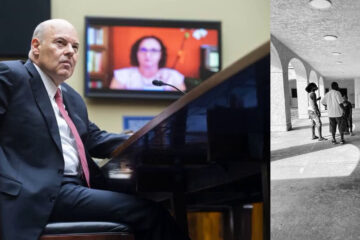 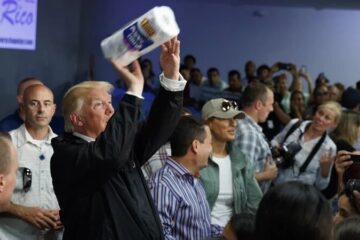 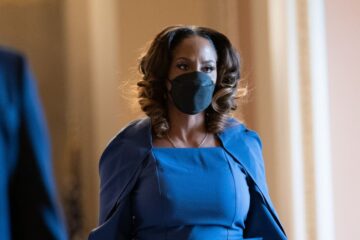