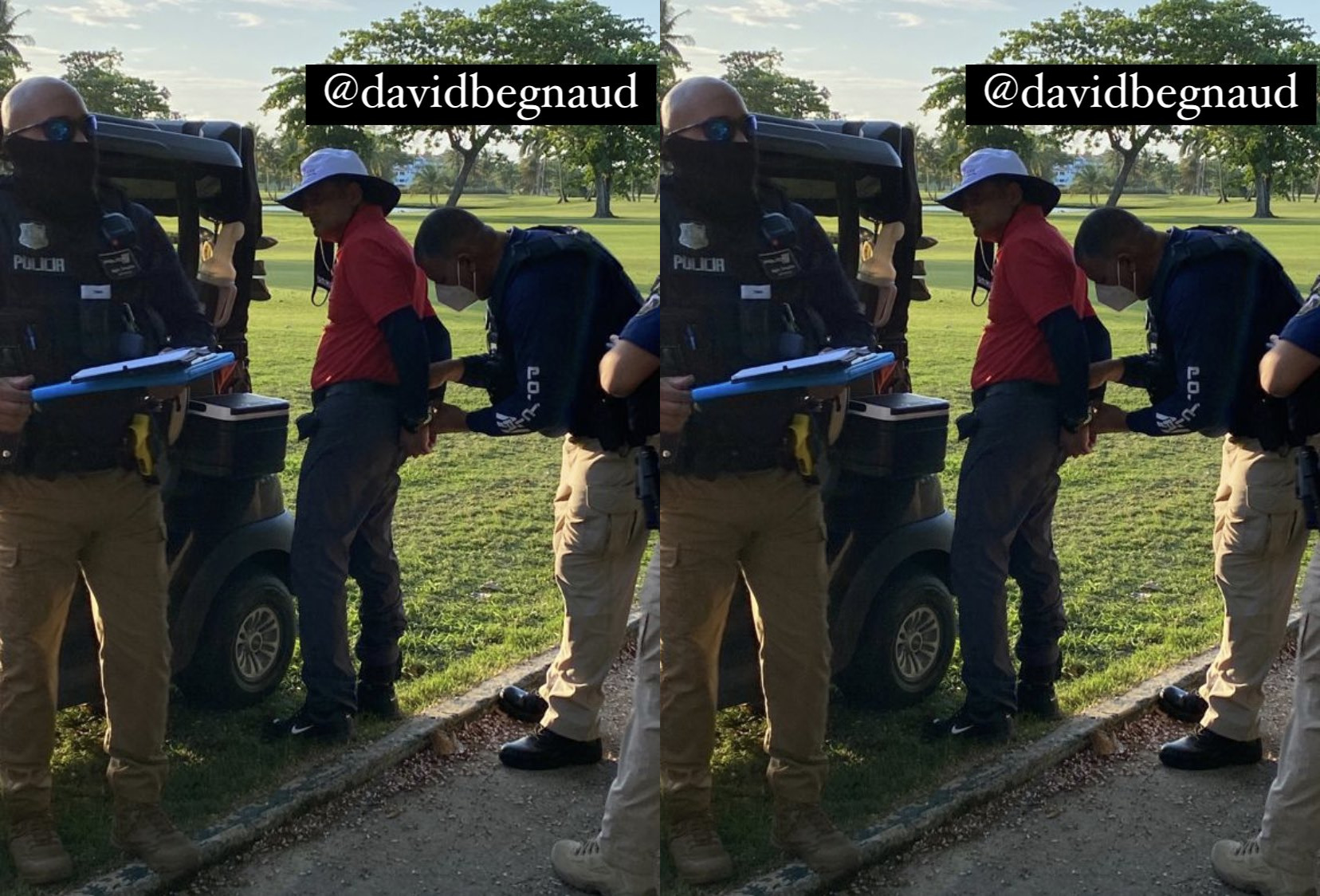 SAN JUAN — Police in Puerto Rico have arrested a businessman for allegedly shooting a dog who stole his golf ball while he was golfing at a luxury resort.

Salil A. Zaveri, 60, is facing animal cruelty and firearm charges in connection with the shooting of the mixed breed stray at the Wyndham Grand Rio Mar Resort in the town of Río Grande Saturday afternoon.

“Allegedly he was shooting in hole number 11, and for some reason there was a dog around the hole and when he was hitting the golf ball the dog probably thought it was something for play and took the ball,” Puerto Rico Police agent Edward Ramirez said. “The witness said the dog took the ball before it went into the cup.”

The dog had run onto the course and grabbed a golf ball. At this point, Zaveri shot the dog twice; after which he took the ball and hit it to the next hole; he then shot the dog again. In all, the dog was shot three times with a pistol, according to Ramirez.

The incident occurred at 5:15 pm, and the police responded after receiving a distress call from the exclusive venue. A witness took a picture and video of the arrest; reporter David Begnaud broke the story on Twitter.

“Based on what witnesses said, he allegedly shot the dog once and then went back and shot it twice,” Ramirez says. “And then after he shot the dog, he continued his game and some of the people who were around called the police and he was arrested.”

Who is Salil Zaveri?

The police identified the suspect as Zaveri and said that he reportedly pulled out a 9mm gun when the dog interrupted the game as he was approaching the 17th hole. A local report also said that the golfers who were with Zaveri were shocked at his act.

Gabriel Redondo Miranda, prosecutor in the case, said, “He got in the cart and kept playing”. The police have also released a picture of the suspect being cuffed, which has been shared on Twitter by Begnaud, the lead national correspondent for CBS This Morning.

Zaveri is also an investor who is Act 22er (an Act to Promote the Relocation of Investors to Puerto Rico).

A video of Zaveri being interrogated was also shared on Twitter, with Begnaud sharing it with the caption, “Another eyewitness sent this video of police interviewing the suspect at the golf resort.”

According to bio profile shared on Twitter, Zaveri reportedly has at least 40 years of experience in sales and sales merchandise. He is the founder and CEO of Zaveri Consulting LLC and this firm reportedly serves as a source for “independent and unbiased resource to increasing sales, profits, optimizing your insurance portfolio and fundraising.”

Since the incident, Zaveri has given a statement to CBS in which he claimed self-defense. He said, “I couldn’t outrun it because the distance between us was too short.” And added, “I took the first shot when the dog was less than 10 feet away and the dog rolled over but may have died slowly so I got out of the cart and took two more shots out of mercy.”

Meanwhile, most people on social media sided against the Puerto Rican golfer, but one former St. Thomas resident sided with him.

“Yes this is very strange,” Kathleen Brennan said from Florida. “I tend to believe golfer. But on fence still. I been bit by a lot of dogs and i certainty don’t go golfing unarmed.”

According to the Times Union, Zaveri first appeared in court on Sunday, May 9, 2021. At this time, he was released on $60,000 bond, however his passport and his driver’s license have been seized.

Zaveri is a sales and marketing consultant and the CEO of Zaveri Consulting, LLC.

The suspect is now expected to appear in court on May 19.