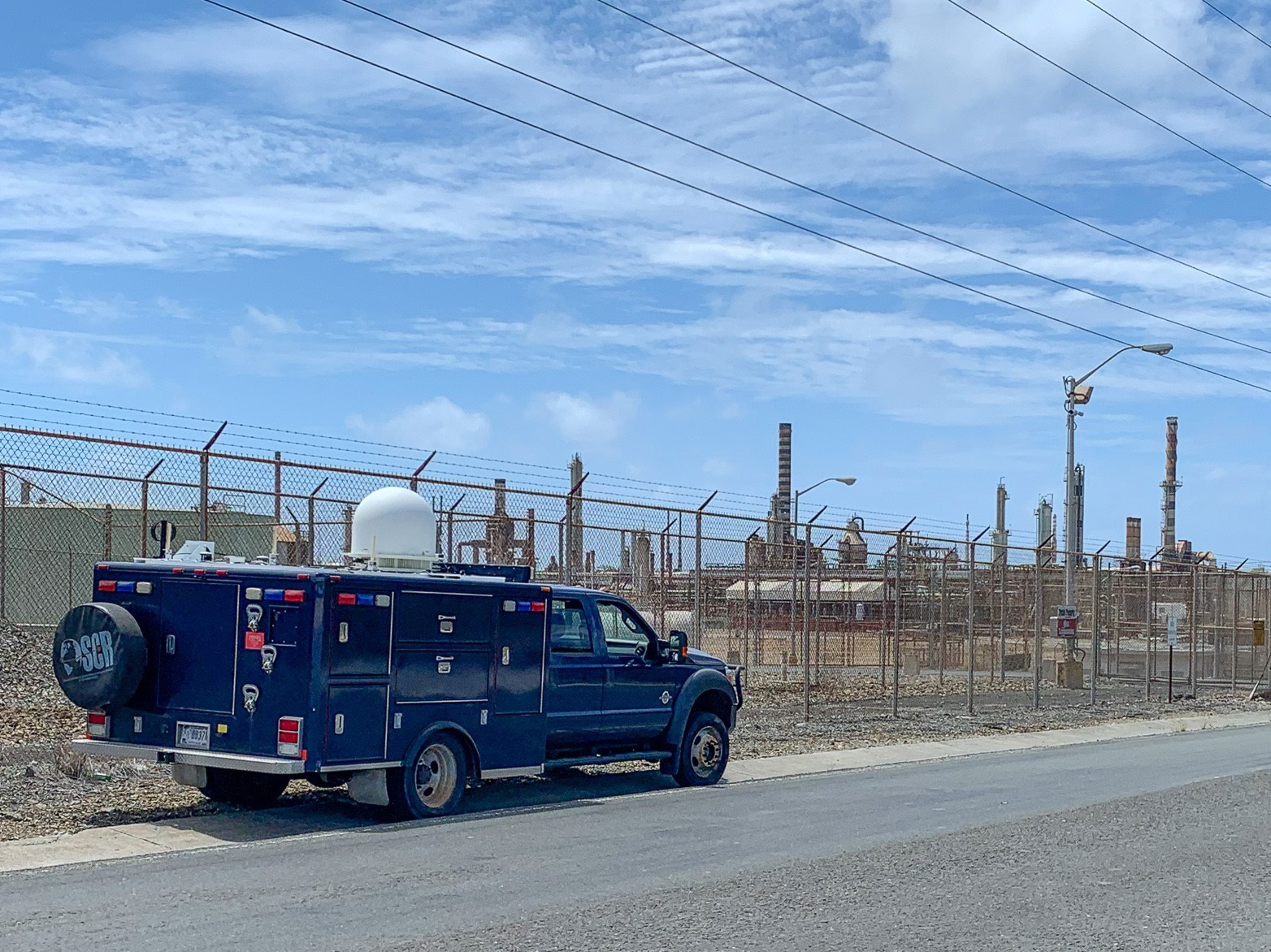 KINGSHILL — St. Croix residents are demanding answers from the Limetree Bay oil refinery, and from the officials regulating it, in the wake of a series of recent accidents that they worry have exposed them to toxic chemicals and endangered their health.

Since restarting operations in February, Limetree Bay has experienced at least three accidents that have directly affected the neighborhoods surrounding it. That includes a chemical release that occurred during maintenance on the plant last week that produced a nauseating odor, forcing schools to shut down and send children home for the second time in less than a month.

The refinery, one of the largest in the United States, has been under investigation by the Environmental Protection Agency since March for possible permit violations, and specifically for a February flaring incident that spewed a plume of steam and fuel residue into the air, covering more than 130 homes with specks of oil and contaminating the drinking water of more than 60 residents.

The agency ramped up its investigation in April, sending officials to St. Croix to look into another flaring incident that released large amounts of sulfuric gases into the air that month. Many residents remain confused over exactly what chemical they had been exposed to. Flaring occurs when a buildup of pressure triggers a safety valve to send chemicals to an incinerator that burns them off. The Virgin Islands government had initially said the April incident released hydrogen sulfide into nearby neighborhoods, while Limetree said the hydrogen sulfide was burned off in a flare, converting it into sulfur dioxide.

Both chemicals can be harmful—and even deadly—to humans in high concentrations, causing lung and eye irritation and complicating breathing.

The April investigation also found that Limetree was in violation of the Clean Air Act for failing to operate five sulfur dioxide monitors that surround its 1,500-acre property as required by two of its operating permits, though Limetree disputes those requirements. Days after EPA officials announced the Notice of Violation on May 3, Limetree said it would “voluntarily” begin operating the five monitors.

For many St. Croix residents, the Limetree saga has been too confusing to follow. And a group of nonprofits is now demanding clearer answers from the refinery and from those who are regulating it.

“Community concern is growing immensely,” said Jennifer Valiulis, executive director for the St. Croix Environmental Association. “We are receiving more and more calls each day from people that are frustrated with the lack of information and desperate for some relief from the air pollution that is making them sick.”

On Thursday, Valiulis’ group, along with the St. Croix Foundation for Community Development, the Crucian Heritage and Nature Tourism Foundation and the Virgin Islands Game Fishing Club, will host a town hall meeting to share the most up-to-date information and discuss the possible economic, environmental and health consequences from Limetree’s recent accidents.

Organizers want to help residents share their complaints and get answers from Virgin Island officials, whom many residents have found less than transparent about their dealings with Limetree. The refinery’s management, the EPA and Virgin Island government officials have all been invited to the meeting to answer questions.

One of the questions residents hope to get answered is what chemicals they have been exposed to over the last few months and what, exactly, is being done to prevent any future accidents from happening, said Frandelle Gerard, a St. Croix business leader and the executive director of the Crucian Heritage and Nature Tourism Foundation.

“People are suffering, hospital admissions are up, and we don’t know how long this will continue,” she said.

Limetree didn’t respond to questions regarding community concerns over the accidents. But in a statement released last week, the company apologized “for any impact we may have caused the community,” including producing “light hydrocarbon odors.”

That statement garnered harsh and immediate backlash from some residents online, who said that the company continued to downplay its accidents and provided vague explanations days—sometimes weeks—after they happened.

“Have you noticed how Limetree Bay oil refinery spins their pollution problem by simply calling it an ‘odor’ or better yet, ‘light odor?’ said St. Croix resident Ryan Flegal in a May 6 Facebook thread.

“Do we need this on our island?” responded Shalima Edwards, another St. Croix resident. “I need to breathe fresh air!”