According to court documents, on December 11, 2020, Tashawn T.A. Warner, 24, was arrested on St. Thomas pursuant to a federal arrest warrant.

Immediately prior to his arrest, Warner was observed loading bags into the trunk of a 2020 Gray Toyota Corolla registered to Warner in Florida with Florida license plates. After Warner closed the trunk and got into the Corolla, a Black Infinity G37x, drove up the hill towards Warner at a high rate of speed and stopped next to Warner’s vehicle.

Later, on December 11, 2020 federal agents obtained federal search warrants for both the Corolla and Infinity G37x. The Corolla contained the backpack that agents had previously seen Warner place into the vehicle, prior to his arrest. The backpack contained a glass jar containing two sandwich bags of approximately 90 grams of marijuana. The center console of the Corolla contained approximately $500 cash, a small scale, small baggies, and rolling papers.

Warner faces up to one-year imprisonment and a fine of up to $100,000.00. He also agreed to forfeit his vehicle as part of the plea agreement. A sentencing date will be set by the Court.

This case is being investigated by the Federal Bureau of Investigation (FBI). It was prosecuted by Assistant U.S. Attorney Juan Albino.

Do You Remember How Much You Made At Your First Job? Social Security Can Tell You 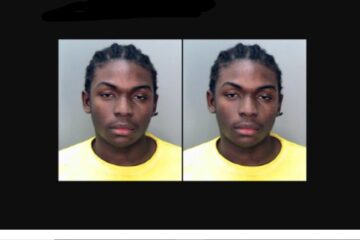