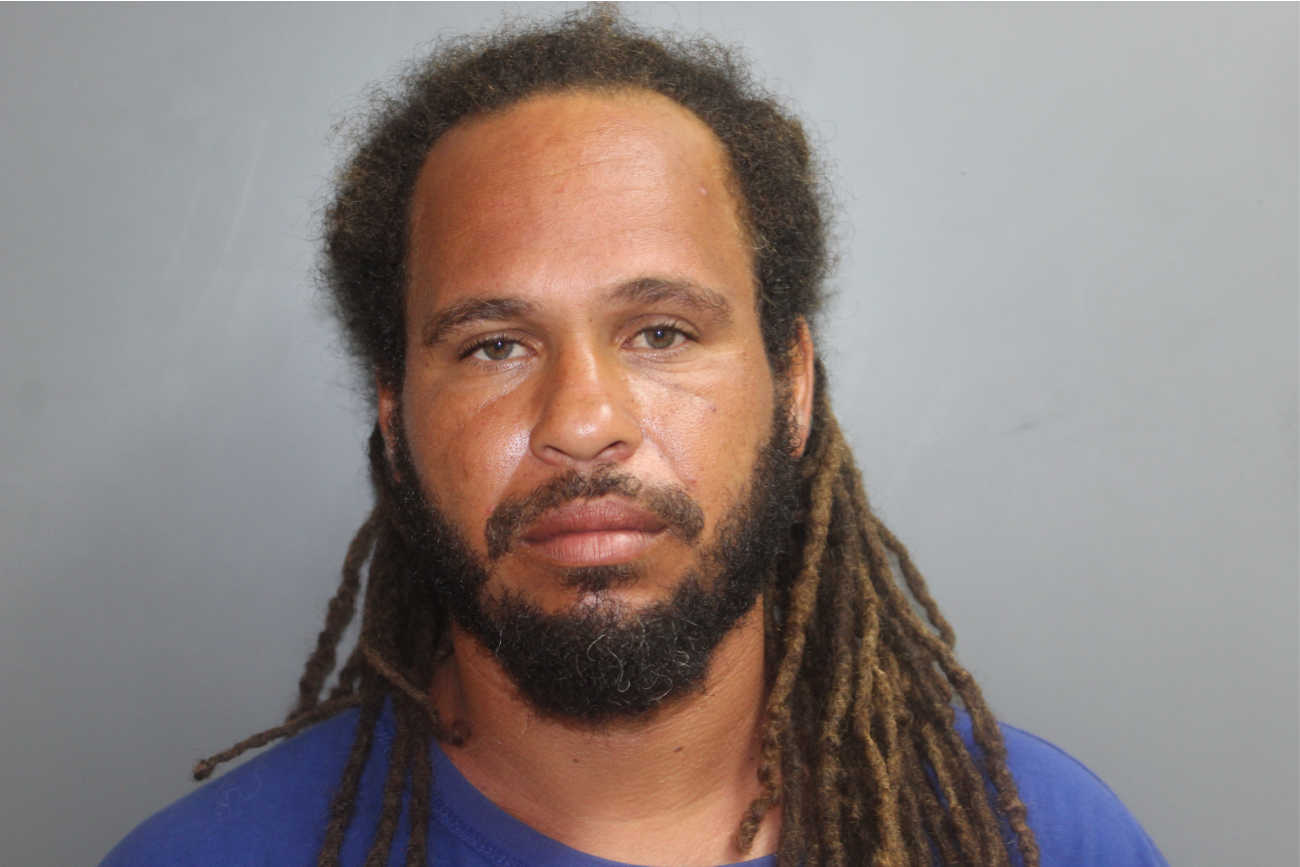 The unnamed victim in the case said Diaz entered her home at around 2:50 a.m. Tuesday and began “yelling and screaming” at her before choking her and punching her face four times, leaving visible injuries, according to the VIPD.

An officer went to the rear of the home and saw Diaz exiting the back door, and he was taken into custody without incident.

Diaz was held without bail per the territory’s domestic violence statute until his advice-of-rights hearing in Superior Court Wednesday, where Assistant Virgin Islands Attorney General Jasmine Griffin said he “has an open matter against this very victim.” Territorial Public Defender Kathryn Slade said Diaz has “no previous domestic violence convictions,” and asked for bail to be set at $5,000.

Griffin said Diaz was previously ordered to have no contact with the victim.

“In this matter, Mr. Diaz made two entries into the victim’s home, and I believe he poses a threat, a continuing threat to her, and we would ask for an upward revision on the bail for those reasons,” Griffin said.

Griffin requested bail be set at $10,000. “The court shares the People’s concern,” Morris said. “I’m going to accept the People’s recommendation and set the bail at $10,000 in this matter.”

Morris said Diaz may post 10 percent of that amount, or $1,000 cash in order to be released from jail, but he must remain under house arrest except when he’s working.