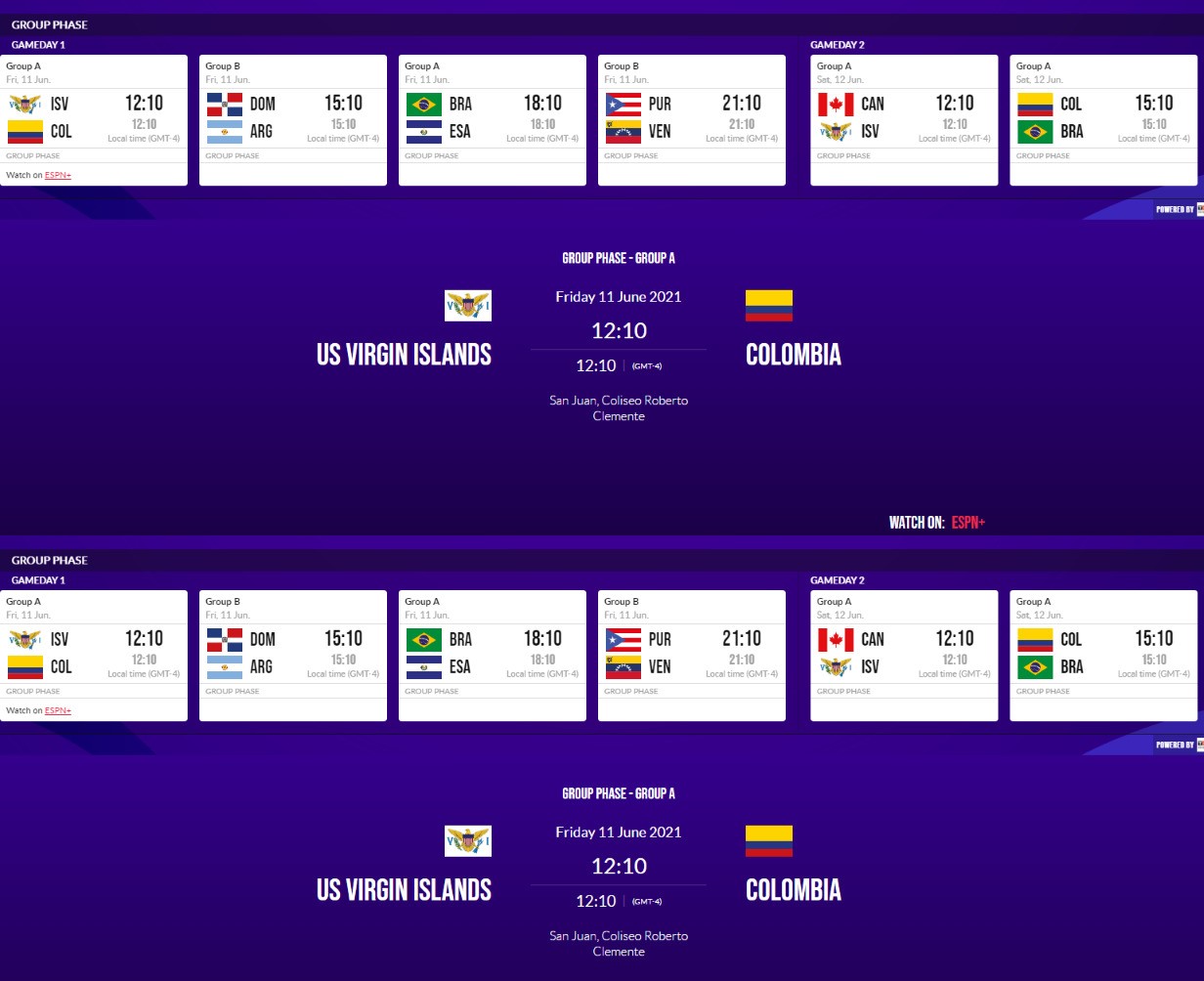 SAN JUAN — When the USVI senior women’s basketball team squares off against Colombia at Coliseo Roberto Clemente in Puerto Rico at 12:10 p.m. on ESPN+, the current team will try to start a winning streak to erase three previous losses to their current opponent in Americup competition.

It’s a rematch from the 2017 AmeriCup, when just seven points came between the teams as Colombia took the game 70-63, but Virgin Islands had the last laugh as they finished the tournament in 5th while Colombia finished 7th.

Colombia improved to a 5th place finish in 2019, while Virgin Islands did not compete. Colombia has played — and beaten — the U.S. Virgin Islands three times in international competition since 2017 — so tonight’s matchup is about respect.

Each team will be looking to get a leg up in the competition, but it will be difficult for either team to latch onto a top spot in a tough Group A.

The group includes both Canada and Brazil and fighting for third place means less of a chance of having to play a team like USA in the Semi-Finals.

The USVI will play four games over a five-day span in the group round — after Colombia, they face No. 4 Canada on Saturday, No. 15 Brazil on Monday and No. 85 El Salvador on Tuesday —with one goal in mind: making it to the elimination round.

The top four teams in each group — Group B has top-ranked United States, host team and No. 23 Puerto Rico, No. 28 Argentina, No. 44 Dominican Republic and No. 52 Venezuela — advance to the elimination rounds.

From there, the Women’s AmeriCup’s four semifinalists earn berths in one of FIBA’s Women’s World Cup 2022 qualifying tournaments, which will be played in February 2022.