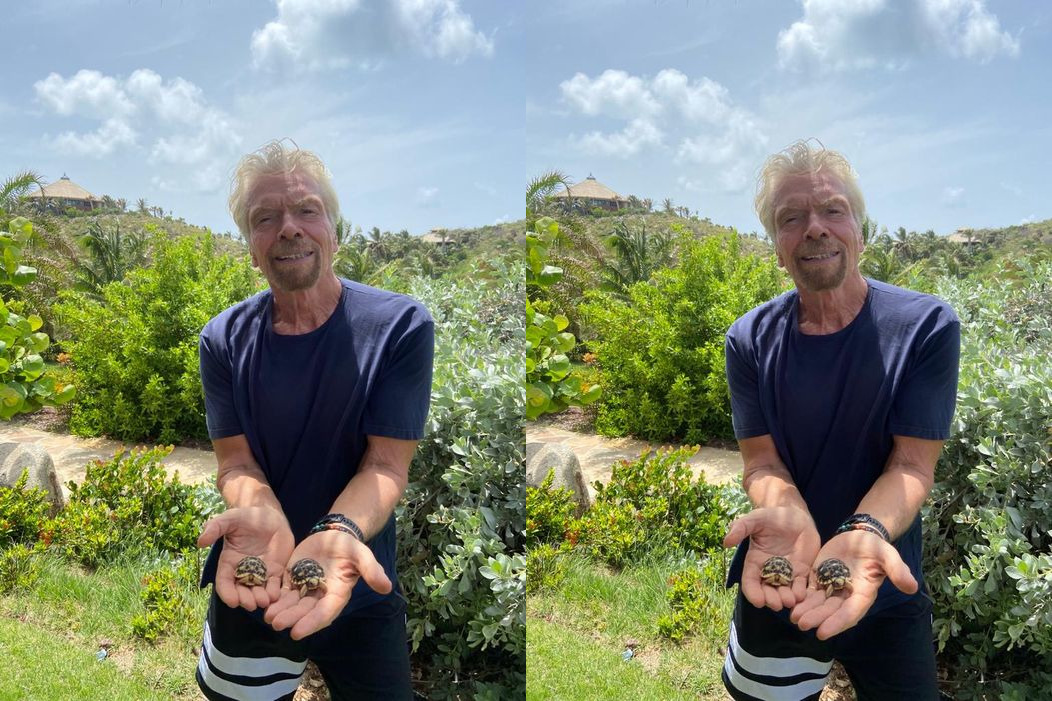 “Two very rare baby Burmese tortoises were recently born on Necker Island,” Branson said. “A beautiful species that is critically endangered. Really proud of the ongoing conservation work to help these species, and many more, on Necker and in the BVI.”

Branson said at least two types of turtles and tortoises are being conserved on Necker Island, in the British Virgin Islands, which he owns.

“It’s been a brilliant year for baby tortoises being born on Necker,” the British billionaire added “This is the only picture we’ve ever seen of a baby giant tortoise, a red-footed tortoise and a very rare Burmese tortoise all in one place!”

The Burmese roofed turtle is one of six species of turtle in the genus Batagur of the family Geoemydidae.

It is native to Myanmar, but was believed to be extinct until rediscovered in 2002.

Branson went into space aboard his rocket ship VSS Unity on July 11 along with five crewmates beating out his rival Jeff Bezos of Amazon.

“You see the Earth from space that changes you, it changes your relationship with this planet, with humanity. It’s one Earth,” Bezos said in an Instagram post announcing his flight. “I want to go on this flight because it’s the thing I’ve wanted to do all my life. It’s an adventure. It’s a big deal for me.”