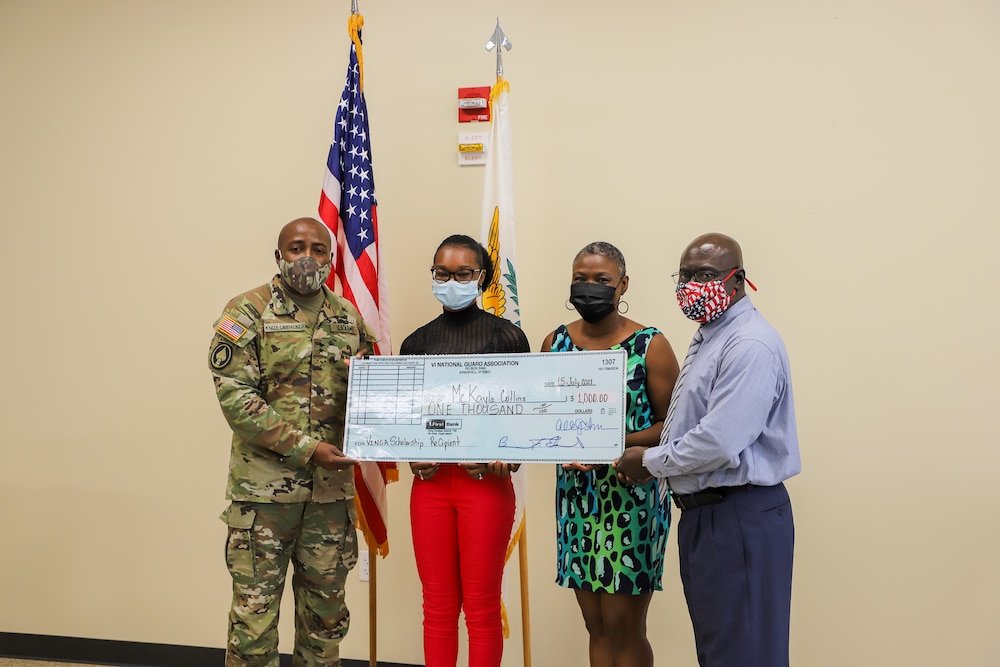 The ceremony was held in a conference room named after the late Canegata.  Joined by her family, McKayla received the award from VINGA president Mr. Beresford Edwards and Mrs. Shenneth Canegata.

The late LTC David C. Canegata III spent more than 21 years as a member of the Virgin Islands Army National Guard. His desire to serve his community and country led to his deployment to the Middle East in 2006, culminating in his death on January 20, 2007, during Operation Iraqi Freedom.

This academic scholarship, given in his honor, is an amazing way to keep his memory alive. For more information about the scholarships, contact Beresford F. Edwards, president of the VINGA. The association encourages more V.I. high school seniors to apply each year for these scholarship awards.

VINGA Inc. is a non-profit corporation. The association’s purpose is to promote growth and development, foster friendship and corporation amongst officers of the VING, and provide services for its members and dependents.