As part of the Convective Processes Experiment — Aerosols and Winds campaign, CPEX-AW, NASA’s Armstrong Flight Research Center prepared the airborne science laboratory for the 45-day deployment to the St. Croix airport with a series of test flights earlier this month.

“NASA is on St. Croix!” The Virgin Islands Port Authority said. “The National Aeronautics and Space Administration team will be conducting weather observations at the Henry E. Rohlsen Airport and on the north side of St. Croix. This is a first for the big island as NASA usually conducts this research in San Juan in this region. We are excited to have them here in the USVI!”

The campaign, which is a joint effort between NASA and the European Space Agency, aims to gather critical data about tropical convection processes. Instruments on NASA’s DC-8 will measure winds, aerosols, precipitation, and other conditions that influence convection from the west to east coast of the Atlantic Ocean near the Equator.

NASA’s DC-8, based at the agency’s Armstrong Flight Research Center Building 703 in Palmdale, California, is flown to collect data for experiments in support of projects serving the world’s scientific community. 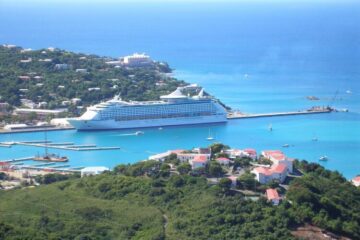