“We have lost a dedicated community leader with a long and storied legacy of service to the people of the Virgin Islands. As a St. Croix senator, a labor advocate, a Rotarian, a Legionnaire, a culture bearer – his life’s work centered on supporting families and improving the quality of life for his fellow citizens. His contributions to numerous non-profit organizations are immeasurable and will not be forgotten,” Governor Bryan said. “Yolanda and I offer our sincere condolences to his family, especially his daughters Kisha and Juanita and son Ray. He was a true Virgin Islander and will be sorely missed by our entire community.”

“In Memory of Edgar Milton Iles,” Senator Kenneth L. Gitten said. “On behalf of my family and staff, I extend my condolences to the loved ones of Senator Edgar Milton Isles. He will be deeply missed and his many efforts on behalf of people of the Virgin Islands will not be forgotten.

“Senator Iles dedicated his life to public service – first as a soldier in the U.S. Army and eventually as a four-term Senator. All told, he worked in the Virgin Islands Government in various capacities for more than 40 years, while raising his family and tending to his farm. His service to our community extended far beyond the Government and he remained active in many non-profit organizations, especially those dedicated to bettering life for our young people.”

“As a lifelong resident of Frederiksted, I looked up to Senator Iles for as long as I can remember. His level of service and leadership remains nearly unparalleled. He remains a model of industry, commitment, and integrity that we would all be wise to emulate. I pray that the grief of the Iles family circle is lessened by their fond memories of a life well-lived and the knowledge that so many Virgin Islanders share in their loss. May he rest in peace-“

Cast your cares on the Lord and he will sustain you. Psalm 55:2 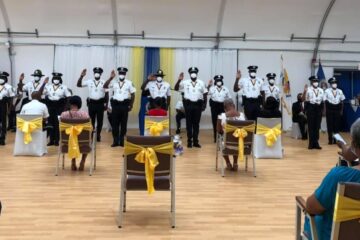 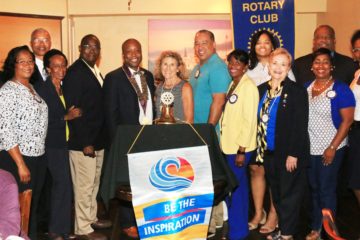 A Brief History of The Rotary Club of St. Thomas II 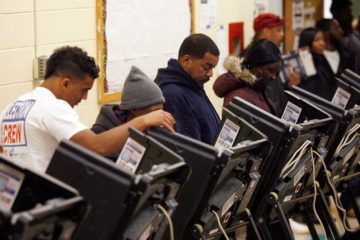