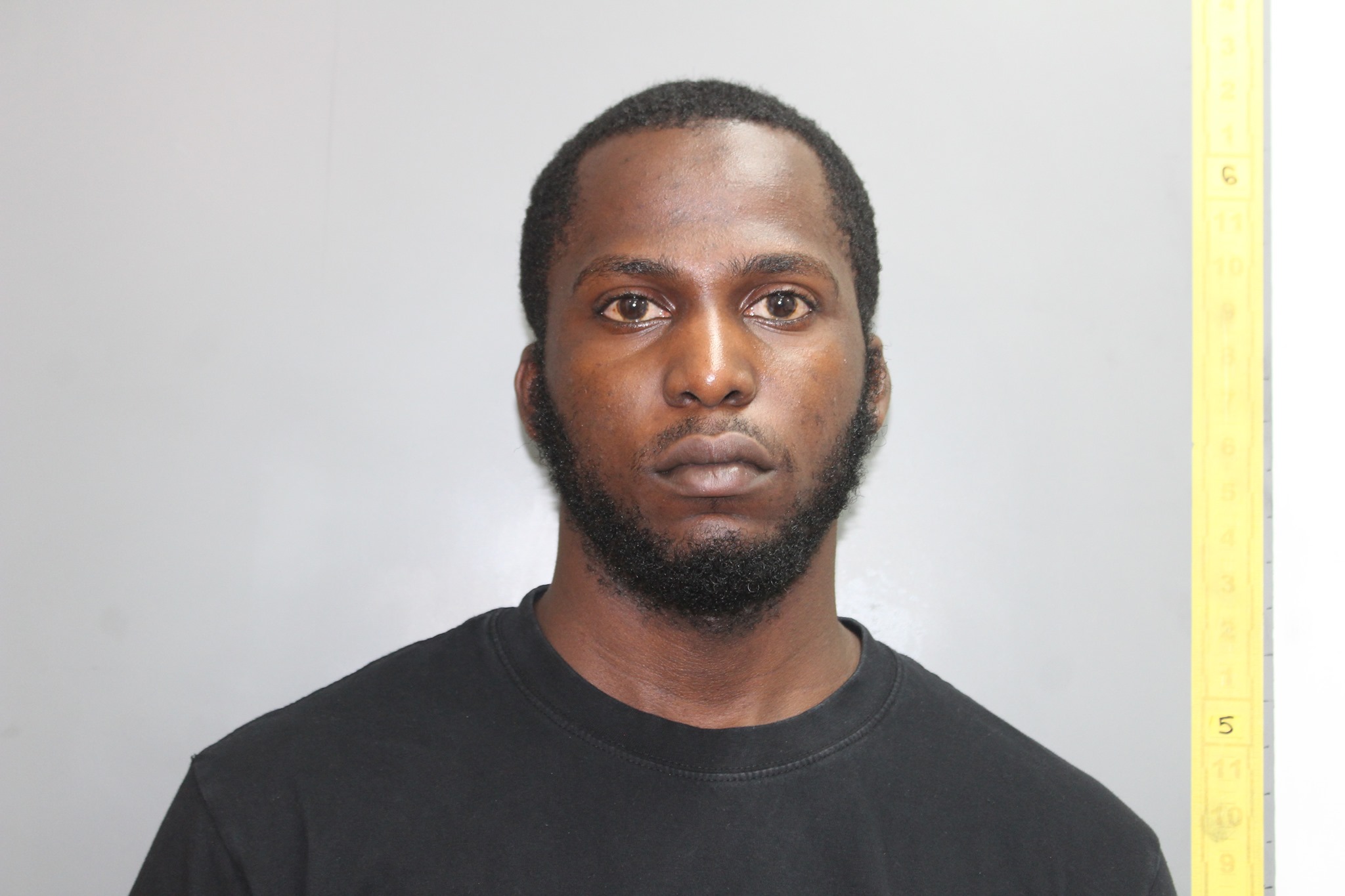 FREDERIKSTED — Police arrested a second person in connection with the March 2 revenge killing of a National Guard mechanic ambush-style in his own Carlton home, authorities said.

Matthew was arrested at his home based on a Superior Court warrant, VIPD spokesman Toby Derima told the Virgin Islands Free Press this morning.

If convicted, Matthew is facing the possibility of life in prison without parole.

Charging documents for Cumberbatch were not made public, and the affidavit filed by police to support the arrest warrant for Matthews provides new details about the case.

Benjamin himself called 911 just after 11 a.m. on Tuesday, March 2, and said he had been shot in his home in Estate Carlton, St. Croix.

Police responded and found Benjamin with a gunshot wound to his face, and he “stated that a male and a female came to his house and shot him,” according to the affidavit.

Benjamin was transported to Luis Hospital via ambulance, where doctors worked to save his life. Benjamin had been shot in the face, neck and right elbow, and a doctor told police that he “had a bullet close to his heart and that they were trying to stabilize him in order to transport him off-island.”

Police collected shell casings from the scene, and reviewed video footage that showed an Acura TL drive by Benjamin’s house and circle back and park behind some bushes. A woman with a limp came out of the bushes and approached the house with a tall man, who “pointed and appears to discharge shots toward Mr. Benjamin residence then ran back to the vehicle,” according to the affidavit.

The tall man was later identified as Matthew, according to the police affidavit.

The woman’s name is redacted from the document.

Police recognized the Acura — and the woman it belonged to — and learned that “she has confided in a friend about a relationship with Mr. Ian Benjamin Sr.,” according to the affidavit.

At 8 p.m. on the day of the murder, police obtained a search warrant for the woman’s home and vehicle, and made contact with her and Matthew, whose physical descriptions matched those of the two people in the surveillance video, according to the affidavit.

Police interviewed the woman, and asked if she was familiar with Benjamin.

According to the affidavit, “she did not answer, but instead look at me with a smirk.”

The officer told the woman that they had heard a report of domestic violence between her and Benjamin, “and she replied, ‘So they ain’ tell you he likes to rape too.’”

The woman “then burst into tears,” and when police asked if she wanted to make a report about the rape, “she looked at me through tears and smirk again,” the police affidavit states.

She declined to give a statement and asked for a lawyer, according to the affidavit.

Police also interviewed Matthew, who said he and the woman had been at the apartment together from 10:30 a.m. to approximately 2 p.m. on March 2. Police advised him of his constitutional right to remain silent, and he declined to provide a statement, according to the affidavit.

Investigators reviewed the surveillance footage again on March 9 and noticed damage to the bumper consistent with the Acura photographed in front of the woman’s apartment, the affidavit states.

On March 9, police obtained a search warrant for a second vehicle on the woman’s property, a gold Ford Escape. They found 26 .40 caliber rounds, two boxes containing a total of “223 rem 55 grain American Eagle” rounds, a .40 caliber extended clip and a .40 caliber magazine, both of which were empty, according to the affidavit.

“The live ammunition found in the Ford Escape were of the same brand as the spent shell casings recovered from the crime scene,” the affidavit states.

Matthew was arrested 15 days after the murder and charged with illegal possession of ammunition, according to police records.

The VIPD said at that time that Sharif Matthew was a “person of interest” in Benjamin’s murder, finally culminating in his arrest this past weekend.

Benjamin was a combat-savvy veteran who served in Afghanistan with the VING, according to Craig Omar Velasquez, who told the V.I. Free Press that he served with him overseas.

The U.S. Army soldier was taken by surprise and shot by one or two people inside his Carlton home on March 2, according to the VIPD.