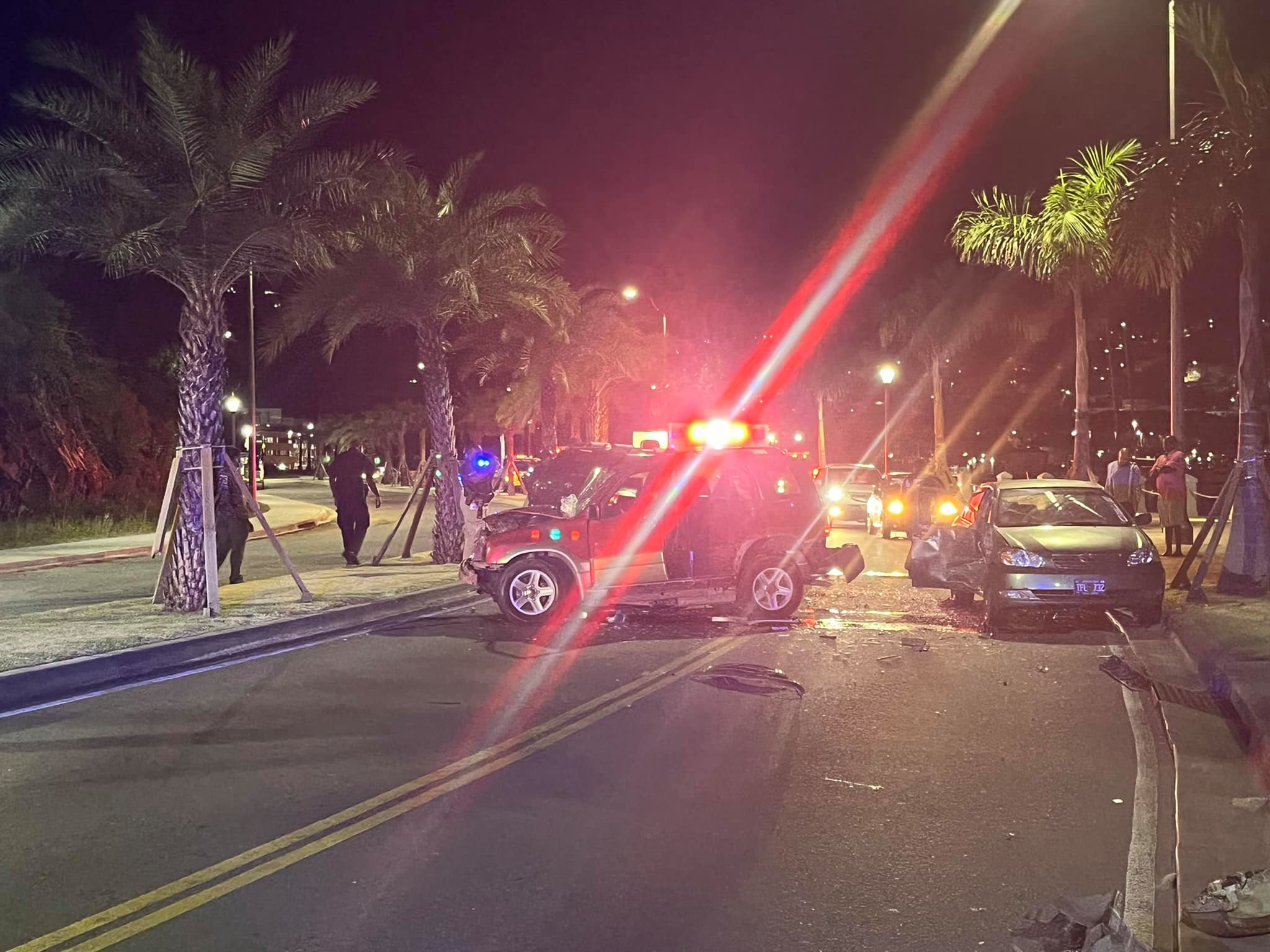 The accident — in which a small SUV, a sedan, and a SUV all collided — temporarily closed the nearby Lucinda A. Millin Home, AllAhWeTV reported on Facebook.

“It’s 11:00 p.m. (Sunday) and Veteran’s Drive Road after Lucinda Millin Home is closed in both directions due to a three-car accident,” AllAhWeTV said. “An individual was taken by EMT from one of the damaged vehicles and transported to SRMC. “

The condition of the person taken to the Schneider Regional Medical Center was not immediately known.

“To motorist(s) traveling please prepare to take an alternative route or be prepared to turn around,” the news outlet suggested.

Virgin Islands Police Department spokesman Toby Derima did not immediately respond to a request for comment.

After two serious accidents in one 20-hour period, people were disheartened about the lack of traffic enforcement in the territory.

“Too much ignorant people on this little island driving with their stinky attitude. many are uninsured because they don’t have driver’s licenses,” Burg Dave said from St. Thomas.

“Too much people buying the licenses instead of getting them properly! And they shouldn’t be on de road to start with!” Rich Berry added on Facebook.